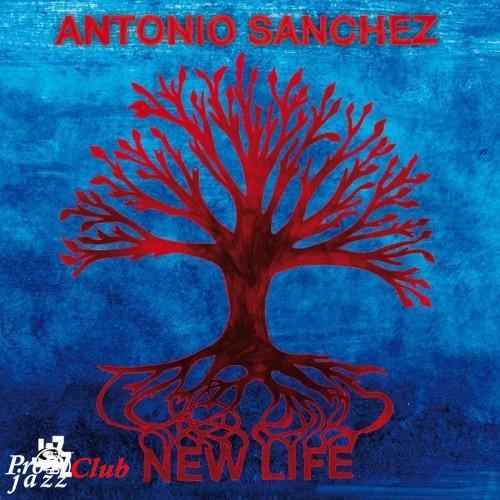 Треклист:
ANTONIO SANCHEZ
NEW LIFE Жанр: Contemporary Jazz, Post-Bop
Страна-производитель диска: Italy
Год издания: 2013
Издатель (лейбл): CAM Jazz
Номер по каталогу: CAMJ 7856-2
Аудиокодек: FLAC (*.flac)
Тип рипа: tracks+.cue
Битрейт аудио: lossless
Продолжительность: 72:29
Источник (релизер): tdelyon
Наличие сканов в содержимом раздачи: да
Треклист:
1. Uprising and Revolutions
2. Minotauro
3. New Life
4. Nighttime Story
5. Medusa
6. The Real McDaddy
7. Air
8. Family Ties
Лог создания рипа
Содержание индексной карты (.CUE)
Об альбоме
Critical Jazz
Antonio Sanchez is one of the most respected drummers working today. Sanchez transcends genre with the ability to literally play and adapt to any situation with virtually any ensemble. Sanchez will release New Life on 02/26/13.
Having spent significant time with Gary Burton and roughly 13 years with Pat Metheny, Sanchez establishes his own unique voice as a drummer that while "lyrical" has the innate gift of moving from controlled sonic fury to deceptively subtle nuances that add but another layer of texture to some tunes with complex rhythmic patterns, odd time signatures but never lacking in melody and most importantly groove. While musical comparisons are inherently unfair think early Jack DeJohnette. Aside from the incredible musicianship on display from Sanchez and his top flight ensemble, the diversity in composition gives an organic life and a new dimension to the Sanchez sound most listeners are familiar with from his work with Burton and Metheny. This is different. Different is good!
Opening with "Uprisings and Revolutions" which was intended to start as a more placid ballad morphed into a new realm of harmonic dimension with the inspiration of Arab Spring. A captivating dynamic tension builds yet never leaving the land of rhythm and groove Sanchez so carefully lays down. "Nightime Story" is somewhat of a Wayne Shorter inspired ballad as is "Air" while lyrically beautiful there is a dynamic tension created where Sanchez seems intent on taking the ballad road less traveled. Taking the inspiration of a Wayne Shorter and doing your own composition riff on such an iconic figure while establishing your own lyrical path is indeed a beautiful thing. "Family Ties" is a personal favorite and for Sanchez is an attempt to capture the family drama we all go through at times but without forgetting the unity that binds a family together. A buoyant and happy tune that fits in perfectly with the at times eclectic mix but consistent ebb and flow of this stellar release. An interesting side note being vocalist Thana Alexa recently became the fiancee of Antonio Sanchez so congratulations to both. While the band is first rate across the board, Alexa's soaring vocals are spot on and a brilliant addition to the ensemble cast.
For the passive listener this is a most impressive outing, for drummers New Life is a master class in composition, dynamics and the mastery of subtle nuances needed to make a good release a great release!
The New York City Jazz Record
Antonio Sanchez, Pat Metheny’s drummer of choice, is steadily building his presence as a leader and up to now he’s made clear his taste for two-saxophone lineups sans chordal instrument. His debut Migration featured tenor saxophonists Chris Potter and David Sanchez; his two-disc follow-up Live In New York paired Sanchez with alto saxophonist Miguel Zenón. On New Life, the roster shifts to Donny McCaslin on tenor and David Binney on alto. All of the above are formidable leaders in their own right.
Part of what makes New Life new is the inclusion of a pianist, the budding master John Escreet, who plays on all eight tracks of an all-original program. The harmony flows and shifts and expands, whether it’s the pastoral waltz feel of “Nighttime Story” (with a deft McCaslin quote of “Blues on the Corner”), the churning 7/4 minor modal flavor of the opening “Uprisings and Revolutions” or the more elusive Rhodes sonority of “Minotauro” and “The Real McDaddy”. Singing melodies, big statements, deceptive endings, an urge toward more development and variation: this is Sanchez’ writing voice, buoyed in every way by his approach as a drummer, complex and yet flawlessly in the pocket.
“Medusa” and “Family Ties” stand out as widely contrasting and beautifully played. “Air”, a dark and mystical ballad with soprano sax (though no soprano credit appears on the sleeve), is one of Escreet’s key moments - not just his rubato introduction but his dramatic impact with the sparest and most ambiguous whole-note chords.
Sanchez is after something altogether different with the title track, a 14-minute opus with marked emphasis on the layered wordless vocals of Thana Alexa (the leader’s fiancée). His experience in the Pat Metheny Group, widely known for its wordless vocal textures and soaring sonic expanses, has to be relevant here, but the drummer is fresh and not imitative in his approach. Even if the result has its indulgent side, it still showcases the band’s emotional power and unified purpose. (David R. Adler)
Состав
Antonio Sanchez - drums
Donny McCaslin - tenor saxophone
David Binney - alto saxophone
John Escreet - piano
Matt Brewer - acoustic & electric bass
& guest
Thana Alexa - voice (3)
Да не оскудеет рука дающего