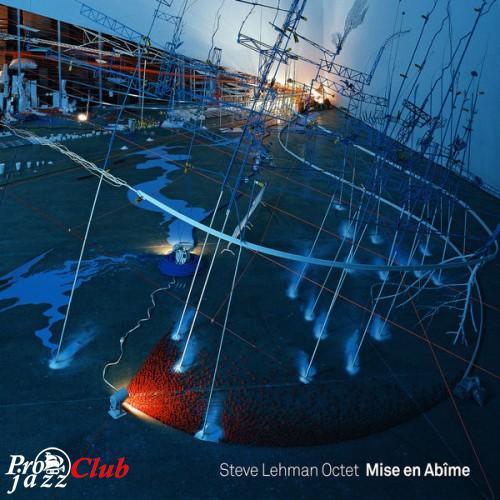 Лог проверки качества
Об альбоме
Composer/saxophonist Steve Lehman's credentials are as unique as his music. A Fulbright scholar with a PhD in composition, his on the job training has been at the hands of a diverse group of teachers including saxophone legends Jackie McLean and Anthony Braxton. A New York native, Lehman garnered widespread praise with the groundbreaking Travail, Transformation and Flow (Pi Recordings, 2009) and he returns with the same octet on Mise en Abîme. Lehman continues to apply a scientific approach to his ethereal compositions, studying the behavior of sounds and dissecting, restructuring and analyzing to the point where he has created something truly new.
Mise en Abîme is the aural equivalent of an optical illusion. The octet displays the same independent energy on this album that had made its forerunner so bracingly different though there is more synergy and cohesiveness throughout these eight hard-to-describe pieces. The opener, "Segregated and Sequential" is dominated by vibraphonist Chris Dingman and Lehman, but only to the extent that they set the stage for varied and desynchronized group improvisations. Trombonist Tim Albright, trumpeter Jonathan Finlayson saxophonist Mark Shim and Jose Davila on tuba create a sound analogous to George Gershwin's taxi horn interstitial on An American in Paris. This type of effect is subtle but pervasive on Mise en Abîme. The brilliantly conceived "Glass Enclosure Transcription" creates the impression of the music being bounced off partitions, changing shape and texture in an attempt to escape its confines.
"Codes: Brice Wassy" constantly works its way toward a central theme but only hints at the existence of one as Lehman and Dingman play contrarian roles directing their respective signals in multiple directions. The moderate tempo of the piece accelerates and becomes more frenetic as Shim emphasizes the tension by forcefully breaking into the front line. "Autumn Interlude" incorporates elements of swing and hard bop as does "13 Colors" though it's not plainly evident given the off-kilter nature of the pieces. The closing piece "Parisian Thoroughfare Transcription" is the outlier in the collection with its bluesy feel and wordless vocals but there is nothing commonplace about the composition.
Though the pieces on Mise en Abîme have an odd organic feel to them, there are significant technical and perceptive developments leading to the end product. Lehman's unobtrusive—but effective—use of electronics and a specially designed vibraphone are some of the physical tools he employs along with an exceptionally cerebral approach to composition and open group dynamics. Where Lehman's passion for jazz quietly comes through is in the superb rhythm section of bassist Drew Gress and drummer Tyshawn Sorey who are the glue that keeps consistency within these very abstract pieces. Mise en Abîme is an exceptional, complex but highly accessible work of art. (Karl Ackermann, AllAboutJazz)
Состав