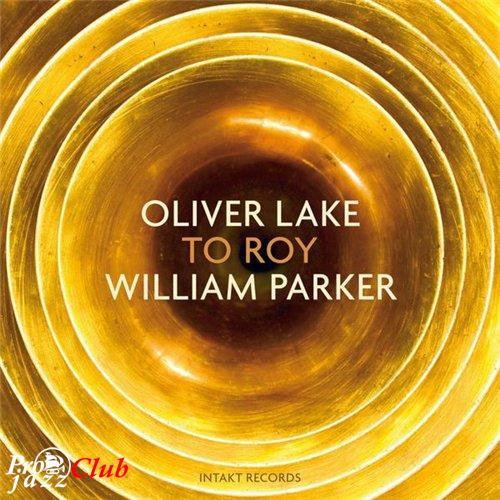 Лог проверки качества
Об альбоме
The album 'To Roy' dedicated to trumpeter Roy Campbell, who died in 2014, is the first collaboration between saxophonist Oliver Lake and double bass player William Parker – two important pioneers of contemporary jazz, two great musicians of the USA and two masters of composition and improvisation. After playing a concert in "The Stone" in New York, part of Intakt's festival in January 2012, Lake and Parker took up the label's invitation to record their first album together in Pater Karl's studio in Brooklyn. And this album signifies the first collaboration between ultra-modern jazz giants.
Both musicians contributed compositions of rare beauty. Shaped by their long experience, their intimacy created spaces for interaction and exciting improvisations. The instruments of these two mature players mingled to create
a single unique sound.
Hear what this duo collaboration intends and does with sound! It immediately bridges the gap that excludes one art form from another. No need to look for the horizon just 'listen up'! William Parker's vertical spirit sense; the speaking, the writing, the huge heart that shares with and elevates others is evident immediately upon hearing the round depth sound of his bass. The very first eight bars of Variation on a Theme of Marvin Gaye show him extracting individual stars from the collective urn of memory. Oliver Lake, musician, painter, poet, answers / counterpoises with the sound of an eternally awakened weather Buddha map, a sorrow song that always leads home. This is a sound conversation; a call and its instant response. These men lay special logos-claim and entrance to the place that is not a place. In my mind this is the ancient, present and future definition of the shaman. The irresistible force solves the conundrum by embracing the immoveable object. ~ K. Curtis Lyle, Liner notesIt's a tightly focused encounter, where the musicians engage in plentiful call and response activities via liberal doses of improv. Lake's ringing overtones and Parker's fluent articulations span blues motifs, freely cultivated dialogues and sonorous melodies as they alternate between bustling interplay and copious expressionistic platforms. At times, they create imagery of uncovering mystical corridors along with fluctuating tempos and soulful unison choruses, while incorporating rubato-framed passages into the mix.
Parker's composition "Light Over Still Water Paints A Portrait Of God," is constructed with Lake's brazenly crafted free flights, popping notes and flickering runs. The duo executes a heated spiritual, hued with the bassist's scratchy phrasings and other areas featuring soft shadings and varying degrees of emotive sentiment. They expand and contract an abundant array of stirring notions, countered with low-key movements and patterns riding atop, largely asymmetrical cadences. Hence, the musicians instill a great deal of interest by merging structured works with the improvisational element and by throttling the pitch and not residing within one particular theme or subplot for lengthy periods of time. It's simply about two masters doing what they do best during this impassioned tribute to Campbell Jr. (Glenn Astarita, AllAboutJazz)
Состав