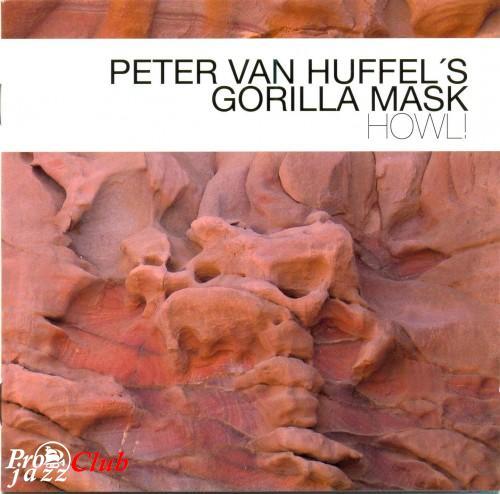 Треклист:
Peter Van Huffel`s Gorilla Mask / Howl!
Жанр: Avant-garde Jazz
Страна-производитель диска: Germany
Год издания: 2012
Издатель (лейбл): Between The Lines
Номер по каталогу: BTLCHR 71232
Аудиокодек: FLAC (*.flac)
Тип рипа: image+.cue
Битрейт аудио: lossless
Продолжительность: 57:35
Источник (релизер): cd
Наличие сканов в содержимом раздачи: нет
Треклист:
1 Legendarious 5:42
2 Z 7:31
3 Fire Burning 7:59
4 Monkey`s Revenge 5:43
5 Dirty City 6:03
6 Haven`t You Learned Your Lesson Yet ? 4:41
7 Iggy`s Secret 7:58
8 Fucked 2:59
9 Angry Monster 8:59
Лог создания рипа
Содержание индексной карты (.CUE)
Об альбоме (сборнике)
It has been said by many people many different ways that silence was the best song ever written and us humans have taken it upon ourselves ever since to improve on it. Peter Van Huffel decides to throw away the notion of a subtle addition to nothingness in exchange for a power trio sound that embodies part Rush and part The Thing. Huffel (alto sax, composer) and his band Gorilla Mask consisting of Roland Fidezius (bass) and Rudi Fischerlehner (drums) take us down a path where there is anything but silence, where they sometimes shake hands and sometimes butt heads.
I feel the pull.
On the one hand they are a heavy rock band with an alto sax filling in a lead vocal as it were. On tracks such as "Fucked", the rhythm is meticulous and comes complete with a big fat drum solo section. Then there is the other side, their free, wandering side displayed on such tracks as "Fire Burning" and "Monkey's Revenge" but I was still finding it difficult to describe exactly what I was hearing. I was missing a connection, something to get me hooked into Huffel's vision. Then it hit me.
I have to play it loud.
Out came the earbuds and on the stereo it went, loud, and man does this album benefit from volume, as much of it as you can give it. Tracks like "Dirty City", a distant cousin to Zeppelin's "Immigrant Song" come blasting out at me. I forgot that I was even trying to understand my connection to the music and just sat back with my head nodding to the beat and my fingers tapping on the arms of my chair. At this volume you can really hear just how good Huffel is. His ideas are full of abandon and he gets it all out quickly, sometimes very quickly. On "Z", he punches over the pulses of the band until he lets loose over the heavily distorted interlude.
I play it again.
Gorilla Mask have saved the best for first. "Legendarious", is their mission statement, their blueprint and their compass all wrapped up in their style of heavy, free, mad, and fun. On "Iggy's Secret", the band plays what seems to be a lullaby for a troubled child.
As much as I enjoyed my new found appreciation for this record a little piece of me still wonders what a solo record by Huffel would sound like or at the very least an album with a band with a little less Howl!
Состав
Acoustic Bass – Roland Fidezius
Alto Saxophone, Composed By – Peter Van Huffel
Drums, Percussion – Rudi Fischerlehner
Any questions -> support@pro-jazz.com. По всем вопросам пишите -> support@pro-jazz.com
—
170
M0p94ok
Нет комментариев. Ваш будет первым!
Войдите или зарегистрируйтесь чтобы добавлять комментарии