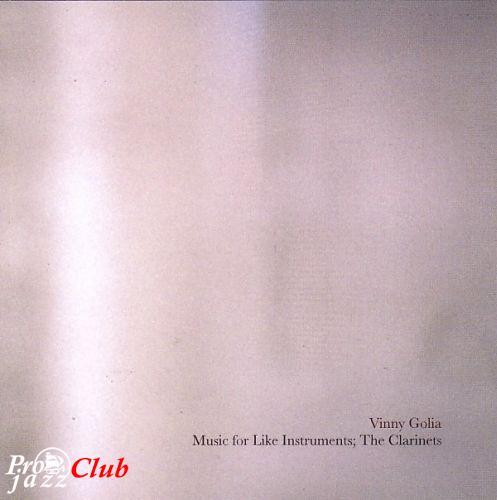 Треклист:
1. Clown Car Syndrome 3:56
2. The Fleming Valve 1:11
3. Accumulation 4:49
4. You Were The One Who Drew First 6:50
5. Which One Is The Real Dr. Otto 7:17
6. Hand As Tongue 1:33
7. Monuments Of Broken Balloons And Burnt Promises 8:53
8. Blugger! 4:35
9. Played 2 Or 3 Times 8:24
10. Why Is That Thing So Pointy? 0:56
11. Well Beneath The Sleeping Floor 7:38
12. Five Solo Statements On The Disappearance Of Elfego Bacca 5:51
13. Tricostomy 11:12
Лог создания рипа
Содержание индексной карты (.CUE)
Лог проверки качества
Доп. информация:
Album Info & AAJ Review
All compositions & arrangements: Vinny Golia
Photography & design: David Rothbaum
Recorded at Newzone Studio, Los Angeles California
Wayne Peet: engineer
Recorded 6/7/05
Mixed 6/30/2005 & 7/1/2005
1. is dedicated to all the great comedians and especially to the timing genius of Mr. Laurel and his associate, Mr. Hardy.
4. is dedicated to Shintaro Katsu and 5. is dedicated to Jim Varney.
A note on the inclusion of the Taragoto on 8.: although not part of the clarinet family it is also not part of the saxophone family but it is included here anyway because I like to play it.
Quick, when was the last time you were confronted by a quintet of clarinets? Even in the wide-open world of creative jazz, who out there puts five black sticks in your ear and makes you like it? Yes, this is the latest installment of Vinny Golia's Music for Like Instruments series, and as with the others, he's aided by some of Southern California's leading up-and-comers. Brian Walsh, for instance, can be heard to good effect on recent releases by Harris Eisenstadt, Eugene Chadbourne and Dan Clucas, while Andrew Pask contributes mightily to both the austere beauty of Steuart Liebig's Stigtette and the boisterous sonic shenanigans of The Choir Boys, with Jeff Kaiser.
Here, they serve the diversity of Golia's evocative writing. During "Clown Car Syndrome," for example, Golia repeats a riff he could have lifted from any garage-rock band, then has the ensemble explode like a flock of birds being attacked by a hungry cat. The sustained, dark tones of "Played 2 or 3 Times" nod towards Messiaen's organ music, until the Zappa-esque melody comes dancing in on top of it. And no, that's not the sound of your speakers shredding during "Well Beneath the Sleeping Floor," it's whispering bass clarinets sharing secrets. Unless, of course, you're playing the CD too loudly, in which case it could be the sound of your woofers complaining.
In any event, no complaints here. For me, this is Golia's strongest Like Instruments set yet, and its musical rewards range far beyond what you'd expect from this lineup. However, it won't be until Golia convenes a tentet of tubaxes that the walls of the city will truly shake.
Состав
Vinny Golia: taragoto, Ab, Eb, A, Bb, alto, bass, contralto & contra-bass clarinets
Andrew Pask: Bb & bass clarinets
Cory Wright: Bb & bass clarinets
Jim Sullivan: G, Bb & bass clarinets
Brian Walsh: Bb & bass clarinets
Any questions -> support@pro-jazz.com. По всем вопросам пишите -> support@pro-jazz.com
—
131
M0p94ok
Нет комментариев. Ваш будет первым!
Войдите или зарегистрируйтесь чтобы добавлять комментарии