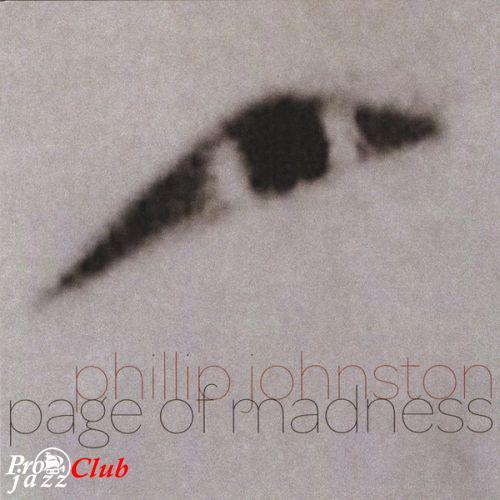 Треклист:
1. Prelude 4:38
2. The Dancer 4:00
3. The Mad Wife 6:20
4. The Visit 6:24
5. The Asylum 4:38
6. Parting The Waters 4:03
7. There's A Riot Goin' On 6:33
8. Home Life 8:01
9. Home Life Ruined 6:43
10. Escape Attempt 9:03
11. The Dream 10:13
12. The Masks 3:43
13. At Peace With A Mop 3:08
Лог создания рипа
Содержание индексной карты (.CUE)
Лог проверки качества
Доп. информация:
Album Info & AAJ Review
All music (C) Phillip Johnston
The enclosed is a recording of an original score by Phillip Johnston for the 1926 Japanese silent film Kurutta Ippeji (A Page Of Madness) by Teinosuke Kinugasa, performed in sync with the film, projected at 18fps. The score was commissioned by the Film Society of Lincoln Center, and premiered in New York at the Walter Reade Theatre on July 10, 1998.
Recording by Jon Rosenberg (1998)
Mastered by Jason Candler (2008)
Cover art/design by Keith Lo Bue
Produced by Phillip Johnston
Special thanks to Sayre Maxfield and the Film Society of Lincoln Center for their support of my work over the years.
Saxophonist and composer Phillip Johnston has always been a step (or two) out of synch with trends in modern music. And that is a good thing. His eclectic '80s band Microscopic Septet was never given its due. Now, twenty years later, with the reissue of its Seven Men in Neckties: History of the Micros, Vol. 1 (Cuneiform, 2006) and Surrealistic Swing: History of the Micros, Vol. 2 (Cuneiform, 2006), and its new recording Lobster Leaps In (Cuneiform, 2008) the group is garnering much deserved praise. Likewise, this score for a silent film made in 1998 is finally seeing the light of day. And that too is a good thing.
Johnston has a knack for film scores, having released the now out of print discs The Merry Frolics of Satan: The Georges Melies Project (Koch 1999) with The Transparent Quartet, and The Unknown (Avant, 1994) with the band Big Trouble, plus a collection of scores with Music for Films (Tzadik, 1998). He can also be heard on Needless Kiss (Koch 1998) and more recently in Fast 'N' Bulbous, a Captain Beefheart tribute band.
Like his prior film work, he chose The Transparent Quartet for this commissioned project. The film is a Japanese silent film from 1926 entitled Kurutta Ippeiji (A Page of Madness) by director Teinosuke Kinugasa. And while there are no DVD prints available, like many of these soundtrack projects, the music tells its own story.
Clocking in at nearly 80 minutes, the score bears little swing or jazz feel except for the instrumentation and written improvisational passages. Johnston and bassist Dave Hofstra anchor this session with pianist/saxophonist Joe Ruddick and vibraphonist Mark Josefsberg often soloing. Each player is also given room to improvise, but limitations of the film are maintained, meaning they are on the clock—required to fit their improvised parts within the story and also within the composed parts.
Of course all of this is of no particular importance without the film. The music stands alone as an engaging and absorbing piece of chamber jazz composition/improvisation by a highly skilled band.
Состав
The Transparent Quartet:
Phillip Johnston: soprano, alto saxophone
Joe Ruddick: piano, baritone saxophone
Mark Josefsberg: vibraphone
David Hofstra: bass
По всем вопросам пишите личное сообщение пользователю M0p94ok.
—
206
M0p94ok
Нет комментариев. Ваш будет первым!
Войдите или зарегистрируйтесь чтобы добавлять комментарии