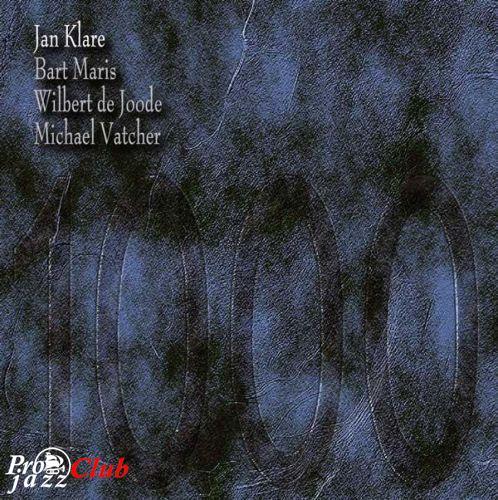 Треклист:
1. Sole 2:41
2. Vamp 2:01
3. Outsole 1:11
4. Welt 5:01
5. Insole 4:45
6. Heel 7:40
7. Midsole 5:28
8. Lining 2:58
9. Tongue 4:34
10. Backstay 2:51
11. Quarter 3:12
12. Laces 8:45
Лог создания рипа
Содержание индексной карты (.CUE)
Лог проверки качества
Доп. информация:
Album Info & Review
All compositions by Jan Klare, except 1.,3.,4.,and 9. which are improvisations.
Recorded by Michael W. Huon at Studio Odeon 120, Bruxelles, on May 5, 2011
Mixed and mastered by Oliver Siegel and Jan Klare
Chairs photos by Mark Jeanty
Thanks to Michael Jackson
Graphic designer: Marcel Boucher
Wall photos by Pierre Bouchard
Label director: Michel Passaretti
Liner notes: Jan Klare, December 2011
Inspiration can come from unexpected sources. For reed player Jan Klare, it sprung from the words of a musician who churned in him the desire to create music that was as palpable as an object made of leather or wood. Palpability can be physical as well as organic and if Klare was looking for the latter, he has accomplished it splendidly on this recording.
In keeping with his desire and his vision, Klare moulds a tangible portrait of a (Shoe). He could have as well done it with just a single stylistic impulse but he imbibes different approaches for an absorbing experience. He wrote all but four tracks, which are improvisations, that this worthy band brings front and center.
Improvisation is the group's strong point and it ramps interest right from the time it starts building "Sole." A communion of ideas bonded by free invention rises over an electrifying undercurrent as brass unfurls in unruly and trenchant waves over skittering drums and rumbling bass. The band certainly does not waste any time grabbing attention.
A melodic and frisky air is set up on "Vamp" by Klare (on saxophone) and Bart Maris before the trumpeter shifts into bop mode as Wilber de Joode sets up a walking bass line and drummer Michael Vatcher adds a host of colors and consonances. Klare frees the boundaries in a burst of robust ideas before he and Maris come together for a smooth coda.
The creativity of the band continues to be a hallmark as its members play off each other and go out on individual excursions that are shaped by nuggets of surprise. This is not unexpected given the pedigree of the musicians who have long made vital contributions to the cause of jazz and improvised music.
By the time the group wraps things up on "Laces"—a relaxed tune that nonetheless has eddying pools of brass that jut out into the open and then scamper back, with some deep-hued bowing and textured accents on the drums—it has made that palpable impact. - Jerry D'Souza, All About Jazz
Состав
Jan Klare: reeds
Bart Maris: trumpet
Wilbert de Joode: double bass
Michael Vatcher: drums, musical saw
По всем вопросам пишите личное сообщение пользователю M0p94ok.
—
124
M0p94ok
Нет комментариев. Ваш будет первым!
Войдите или зарегистрируйтесь чтобы добавлять комментарии