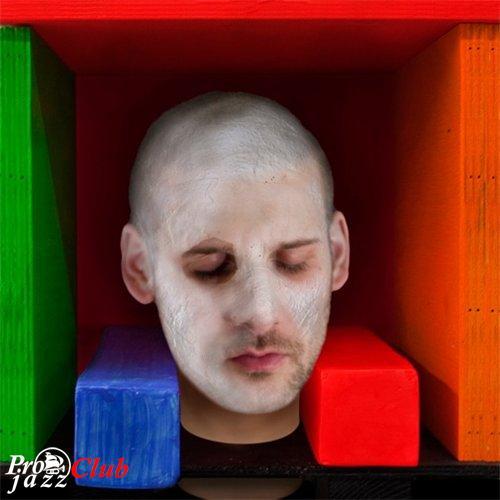 Треклист:
Pascal Niggenkemper / Look with Thine Ears Жанр: Avant-Garde Jazz, Free Improvisation
Год издания: 2015
Издатель (лейбл): Clean Feed
Номер по каталогу: CF324
Страна исполнителя: Germany
Аудиокодек: FLAC (*.flac)
Тип рипа: tracks
Битрейт аудио: lossless
Продолжительность: 55:24
Источник (релизер): WEB (спасибо Subtlefix)
Наличие сканов: нет
Треклист:
01. Look with Thine Ears
02. This Shall Not Be Revoked
03. If You Will Marry, Make Your Love to Me
04. This Men of Stone
05. At Fortune's Alms
06. Let Me Kiss Your Hand
07. Let Me Wipe It First, It Smells of Mortality
08. Unpublished Virtues of the Earth
09. Sharper Than a Serpent Tooth
10. Be This Perpetual
11. Blow Wind and Crack Your Cheeks
12. Let the Fork Invade the Region of My Heart
13. Let Me Be the True Blank of Thine Eye
Лог проверки качества
Об альбоме
...Preparation here emphasizes the bass as landscape. Even beyond extended techniques, Pascal seems to anatomize the bass, using stops to alter string lengths, developing a host of alterations that will make of each string a kind of individual instrument, and adding reactive and resonating materials to bring forth sudden simultaneous sounds of a different character from the instrument itself. Given the scale of the instrument and the nature of the changes, notes can arise at some distance from the usual sound holes, capturing other resonances, changing the instrument's characteristic sound shapes.
He atomizes the instrument as well, staring with his ear into its particulate matter, exaggerating the metal of the strings and tuning mechanism, the wood of the body, neck and bridge. String instruments are finished in a thin varnish to allow the wood to resonate. As they age, they open up, becoming more resonant. It's an interactive process. Pascal's expansive method gives voice not only to his own impulses, but the instrument's as well, freeing those inner, incidental sounds not in keeping with the master plan of classical decorum.
The king wanders in the city–blind, at first disconsolate, then opening– ever more alive to its mysteries in ways previously unknown, alive to the beauty and abstraction in the frictive air, even in the anxious anticipation brought on by knife-edged high frequencies. Even knowing it's a bass, we can only make more-or-less-educated guesses about the precise construction of the sounds, each of us assembling instead a sonic map of one's particular magic city. Thus, "This shall not be revoked" might be a decisive moment in a set list discussion between The Thing and Eddie "One String" Jones. Even "sharper than a serpent's tooth" is a grinding tool in an auto body shop or a dentist's drill heard by a tooth. "Unpublished virtues of the earth" might eulogize Scott LaFaro and Charlie Haden (gone 53 years apart) together inventing the future of the bass on Ornette's Free Jazz (augmented by some percussion and here a flash of sarangi).
Pascal is not just a topographer of an unknown city of sound, he's also a kind of one-man-band and something of a Frankenstein. There's a cajun/ calypso jam band loose on the joyous "Let me kiss your hand" (the same one that will next "Smell of mortality") and there's a newfound human presence in his bass, breathing in the circles of "Be this perpetual."
Pascal recalls, "Lear's phrase 'look with thine ears' grabbed my attention and I started to reflect on it: use the ears to understand people and the world. Using the visual sense, people are usually open and interested in experiences. It's such a beautiful sensation to listen to all sort of sounds and music, visualizing ideas of space with your ears." (Stuart Broomer, iner notes)
Pascal Niggenkemper - bass solo
По всем вопросам пишите личное сообщение пользователю M0p94ok.
—
280
M0p94ok
Нет комментариев. Ваш будет первым!
Войдите или зарегистрируйтесь чтобы добавлять комментарии