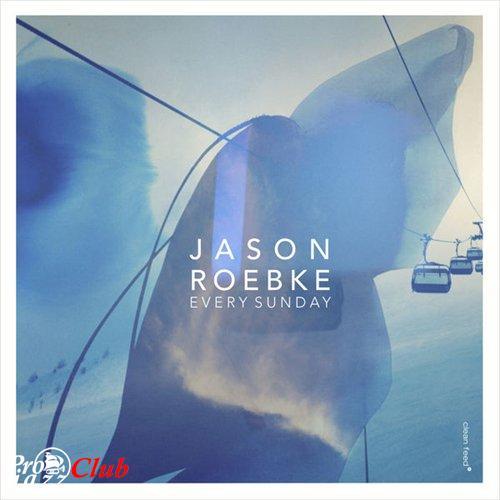 Треклист:
J 'A 'S 'O 'N
R O E B K E
EVERY SUNDAY
Жанр: Avant-Garde Jazz, Free improvisation
Год издания: 2015
Издатель (лейбл): Clean Feed
Номер по каталогу: CF 339
Страна исполнителя (группы): USA
Аудиокодек: FLAC (*.flac)
Тип рипа: tracks
Битрейт аудио: lossless
Продолжительность: 58:34
Источник (релизер): WEB (спасибо JuSpencer)
Наличие сканов: нет
Треклист:
1. Every Sunday
2. So Big
3. For Jimmy Woode
Лог проверки качества
Об альбоме
This new album by Jason Roebke sees the double bassist playing in a trio with guitarist Matthew Schneider and drummer Marcus Evans. There are three extended tracks, the longest twenty-three minutes and the shortest fifteen minutes. The trio gels extremely well together and as a unit they serve up a sort of cool-free jazz, which winds it’s way along in an exploratory fashion developing as it goes.
It starts with the title track, which is the longest piece, presenting Jason Roebke playing solo at the beginning who is very carefully joined by the others, as they enter as if trying not to be noticed. In fact, one of the strengths of this album is the overall equality of sound that the individual musicians bring to the group collective. Schneider’s melodic lines are often left open-ended in a continuous melody-like way and do not demand the focus of the music, at times switching to much more textural and harmonic playing to allow the bass and drums to come to the fore. Using a steel strung acoustic guitar his playing very rarely dominates, and brings with it the nostalgia of older acoustic jazz combo’s. The sound of the recording also adds to the overall textural appearance of the music containing the ambience of the Hungry Brain Club in Chicago where it was recorded.
As well as the more structurally open sections of the music there are times, such as on the last track, “For Jimmy Woods”, where a swinging post-bop shuffle canters along rhythmically, albeit gradually deconstructing as it develops. The beauty of the music contained within Every Sunday is the fine line that is trod between more structurally traditional elements and playing that is completely free, which the group absolutely nails whilst creating a relaxed and serene album with spicier moments. It is the presence of the sound of the group and it’s textural quality that you are left with after the album has finished, leaving a lasting impression and the desire to listen again.
4/5 stars
(Chris Haines, freejazzblog.org)
Состав
Jason Roebke - double bass
Matthew Schneider - guitar
Marcus Evans - drums
По всем вопросам пишите личное сообщение пользователю M0p94ok.
—
174
M0p94ok
Нет комментариев. Ваш будет первым!
Войдите или зарегистрируйтесь чтобы добавлять комментарии