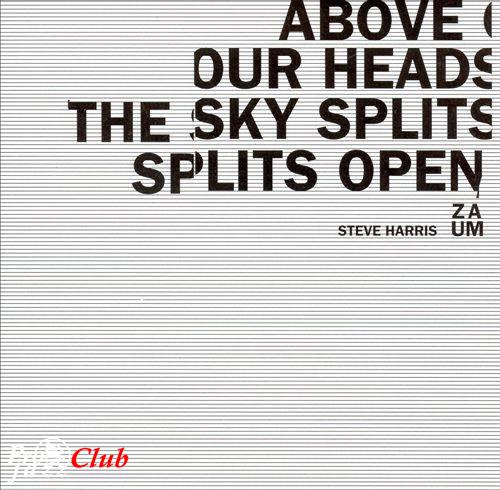 Треклист:
1. Called To Rise 9:25
2. The Cherry Dance 3:00
3. Trans 5:08
4. Straw Foot 5:47
5. Natchez 1:16
6. [Is That] All You Can See 5:31
7. Trouble At House-For-One 3:44
8. Secular Drift 3:08
9. White Pass Ink Black Moon 19:38
Лог создания рипа
Содержание индексной карты (.CUE)
Лог проверки качества
Доп. информация:
Album Info & Jazzcds.co.uk Review
Improvisations recorded live in performance at the Study Gallery, Poole, 5/6 March 2004
All instant compositions Zaum
Engineering & production: Jamie King
Post production, edit & mix: Jamie King & Steve Harris at Big Ear
Design: Matthew Olczak
Locked in a concrete box and given a funeral by the strong men of the future. The traveller in time declares that the future is masculine and that all people will look happy, although happiness itself no longer exists. Meanwhile, the man with bad intentions wages war and the terrified fat man finds himself unable to understand the modern world. The opera ends as an aeroplane crashes into the stage. - The Futurist opera, Victory Over The Sun, premiered in St Petersburg in 1913,
I guess Harris is best known as the bloke who has sat at the back in Pinski Zoo since the late 80s, although he has always been involved in various other improvising projects. Zaum, formed in 2002 and still developing, is one of the most impressive of these, and shows a very different aspect of his talents. The band’s first album, the confusingly-titled Zaum, was well received, and Above Our Heads deserves at least as much acclaim. This time Zaum is augmented by a second guitar (Olczak), the Chrome Strings, plus live and found samples under the control of Newton. The textures are still way, way lighter and more spacious than the dense, harmolodic, power-funk environment of PZ, although very occasionally there is an echo of that venerable outfit, as when Hearn’s tenor erupts on “Trans” into fragments of the kind of blisteringly emotional Ayleresque tough-love song that is central to Kopinski’s work. With those lighter textures Harris can demonstrate a more nimble and crisp drumming style, and throughout he reveals considerable sensitivity to colour, detail and atmosphere.
A few random highlights: the eerie ambience, the keening sax lines and the drum patterns of “Called To Rise” remind me of John Tchicai’s classic first album with Cadentia Nova Danica; the stunning “Straw Foot” is a good test of whether you’d like this album, with its stalking lower register guitar, explosions of percussion and, as washes of electronics well up, sinister scribblings by Hearn on soprano and Wimhurst on bass clarinet moving in and out of the shadowy margins; the skewed pastorality of “All You Can See”.
Above Our Heads was selected from over four hours of improvisations recorded at the Study Gallery, Poole over the weekend of 3-6 March. A second album may be possible, and would certainly be welcomed by me. Harris says: “Each performance starts with a clean sheet. It’s a bit of a cliché, but it really is like a journey that we want to take with each other and the audience. And we’re all driving the bus!” I’d recommend buying a rover ticket. The scenery is marvellous.
Состав
Steve Harris: drums
Cathy Stevens: six string 'violectra', viola
Geoff Hearn: tenor & soprano saxophones
Karen Wimhurst: clarinet, bass clarinet
Udo Dzierzanowski: guitar
Matthew Olczak: guitar
Adrian Newton: live & found samples
Chrome Strings:
Chas Dickie: cello
Stan Adler: cello
Rose Perry: cello
Aidan Fisher: viola
Any questions -> support@pro-jazz.com. По всем вопросам пишите -> support@pro-jazz.com
—
153
M0p94ok
Нет комментариев. Ваш будет первым!
Войдите или зарегистрируйтесь чтобы добавлять комментарии