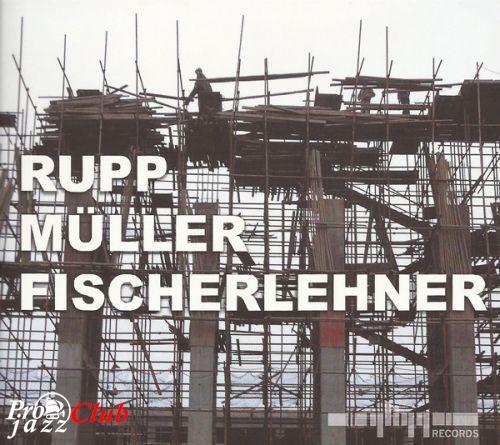 Треклист:
1 Melum
2 Ruru
3 Meknais
4 Bikbus
5 Tingtingk
Лог создания рипа
Содержание индексной карты (.CUE)
Лог проверки качества
Доп. информация:
Album Review
For Central European ears, the titles of their pieces consist of strange sounding words like bikbus or tingtingk. Olaf Rupp explains they come from Pidgin English from Papua New Guinea. Bikbus, for instance, means big jungle - literally "big bush". "The idea came to us because when I was mixing Tingtingk I kept seeing the image of a dense jungle", the guitarist goes on to explain.
Drummer Rudi Fischerlehner adds: "We found the titles for our new CD on a wooden floor in Prague. The words PRE, PEI, SIN, and TAM were printed on the floor; they also exist in Pidgin English and happen to have nice meanings."
The way they find titles for their numbers seems to be just as associative and unplanned as the way they make music. They create spaces between the sounds, in the combination of hearing and being heard, acting and reacting.
"You can hear what´s coming from the individual musicians, what patterns are being created," says Rudi Fischerlehner. "Someone might add a counterpoint, pick up a theme, or join in, and of course as a band you develop a sense for collective sounds and dynamic tension."
And in fact the trio´s music sounds like something in the process of creation, something organic, jungle-like, something that grows according to an inner logic. You won´t find any heady considerations about what will happen next. This is because, as the drummer puts it, "It´s not really a question of deciding what comes next, but more like a development. A color becomes predominant and then suddenly everything spills into a new direction, or a sequence abruptly ends and suddenly something new is there. I can´t say for sure whether it´s purely intuition, coincidence, group dynamics, fleeting quantum events, or all of the above."
Doris Schumacher, "Jazzmag", 34th International Jazzfestival Saalfelden 2013
Состав
Drums – Rudi Fischerlehner
Electric Guitar – Olaf Rupp
Trombone – Matthias Muller
Recorded on July 5th, 2011
По всем вопросам пишите личное сообщение пользователю M0p94ok.
—
132
M0p94ok
Нет комментариев. Ваш будет первым!
Войдите или зарегистрируйтесь чтобы добавлять комментарии