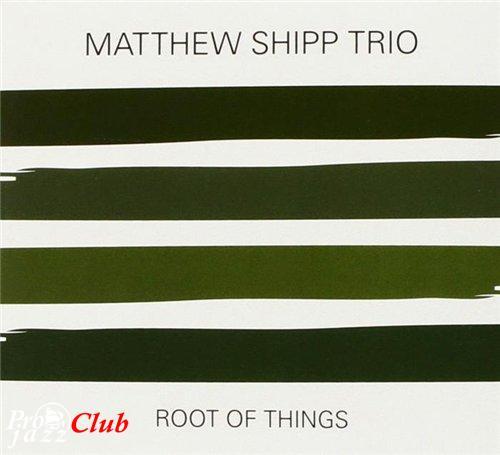 Треклист:
MATTHEW SHIPP TRIO
ROOT OF THINGS
Жанр: Avant-Garde Jazz, Contemporary, Piano
Страна-производитель диска: USA
Год издания: 2014
Издатель (лейбл): Relative Pitch Records
Номер по каталогу: RPR1022
Аудиокодек: FLAC (*.flac)
Тип рипа: tracks+.cue
Битрейт аудио: lossless
Продолжительность: 43:34
Источник (релизер): спасибо box
Наличие сканов в содержимом раздачи: нет
Треклист:
1. Root of Things
2. Jazz It
3. Code J
4. Path
5. Pulse Code
6. Solid Circut
Лог создания рипа
Содержание индексной карты (.CUE)
Об альбоме
There are thoughtful pianists who play from the brain and passionate pianists who play from the heart. Matthew Shipp’s distinction has been that he’s always been a thoughtful pianist who plays from the heart. That’s been the case when he’s played alongside sax greats like David S. Ware, Roscoe Mitchell and Ivo Perelman, just him alone with his piano, and certainly with his long-running trio with bassist Michael Bisio and drummer Whit Dickey.
Root of Things, coming out next week on Relative Pitch Records, is Shipp returning to that trio, whose last record with strictly this lineup was Elastic Aspects, two years but some ten releases ago (the excellent The Edge (2013) documented a meeting of the three with Perelman).
Over these half-dozen pieces, I’m dividing them into the ol’ vinyl “side one” and “side two” format in my mind, because the first three songs emphasizes band congruity and the last three tends to portray the individual talents better.
“Root Of Things” is a good example of how an unconventional arrangement can make very natural sounding music. Bisio’s bass lines syncs up with Shipp’s piano lines then diverge onto its own parallel path only to reunite with Shipp again. Dickey acts not as a timekeeper but a third timbre zone, serving dashes of cymbals and tom-toms in measured portions. Together, the symmetry produces something that doesn’t seem ordered but makes sense.
The bass walk swing of “Jazz It” takes a traditional jazz foundation and piles on modern jazz ideas, sometimes colliding with each other. Simply stated themes are sandwiched by sometimes-dense excursions that Bisio and Dickey react to but they never overreact. “Code J” contains pretty melodic fragments interspersed with free ruminations, and sometimes the two alternating moods are occurring together.
As for my imaginary “side two,” “Path” begins with Bisio’s bowed bass mixed with some plucked notes. Like Shipp, Bisio takes the melody where it wants to go and that lasts for more than half of this ten-minute track before Shipp picks up where Bisio leaves off, riding appregiated chords to a subtly quickened pace before gently dissipating. Dickey’s spotlight appears at the beginning of “Pulse Code” with an uncluttered but expressive drum solo. Eventually, Shipp offers up some crushed chords before the song quickly concludes.
For “Solid Circut,” it’s Shipp’s turn to begin the performance alone. The way he modulates his tempo is just as important in the musical message he’s sending as the notes he’s playing. Remindful of last year’s sublime Piano Sutras, this lasts for nearly five minutes before his rhythm section ushers themselves in. The vibe from that solo part remains when Bisio and Dickey appear, but now there are now three performers playing out Shipp’s thoughts introduced when he was playing unaccompanied; later on, Shipp and Bisio improvise together in almost hushed tones.
Shipp is one of the last truly original piano improvisers; no one since him can match his depth without sounding too much like someone else. Like prior Matthew Shipp Trio recordings, Root of Things extends those unique qualities to a three-man unit. Also like those prior releases, they find new ways of standing apart. (Victor S. Aaron)
Состав