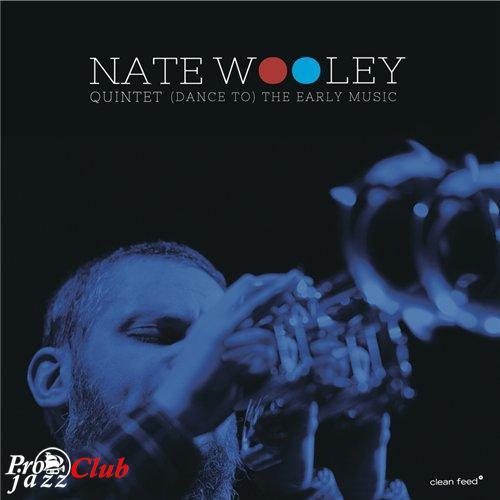 Треклист:
NATE W⚫⚫LEY
QUINTET (DANCE TO) THE EARLY MUSIC
Жанр: Avant-Garde Jazz
Страна-производитель диска: Portugal
Год издания: 2015
Издатель (лейбл): Clean Feed Records
Номер по каталогу: CF350
Аудиокодек: FLAC (*.flac)
Тип рипа: tracks+.cue
Битрейт аудио: lossless
Продолжительность: 56:42
Источник (релизер): спасибо 6060842
Наличие сканов: нет
Треклист:
01. Hesitation
02. For Wee Folks
03. Blues
04. Delfeayo's Dilemma
05. Phryzzinian Man
06. On Insane Asylum
07. J Mood
08. Skain's Domain
09. Hesitation/Post-Hesitation
Лог создания рипа
Содержание индексной карты (.CUE)
Об альбоме
Trumpeter Nate Wooley was a kid when he first heard Wynton Marsalis’ Black Codes (From The Underground). Like many jazz fans, he was floored by the creative frenzy of the (then) young phenom’s band. Through the years Wooley became increasingly impressed with their nuanced methodologies. Now, after developing his own impressive approach to improv, he tackles nuggets from some early-‘80s Marsalis classics, including J Mood and Wynton Marsalis. Thanks to imaginative arrangements and adventurous playing, they’re revitalized in his hands.
Wooley’s own work isn’t usually associated with classicism or repertory, but those who follow his music likely know of his diverse interests. He’s an expert in extended techniques, is fluent in myriad outside lingos and uses overt swing whenever the notion strikes him; in even the most experimental moments, his lyricism and harmonic expertise is obvious. Here, those skills serve Marsalis tunes that were written in the shadow of Miles Davis’ second classic quintet, and the updates are loaded with the kind of maneuvers that keep ears perked. The push and pull of “Delfeayo’s Dilemma,” the textural brocades of “Skain’s Domain,” the lithe minimalism of “Blues” – each is a hook to woo listeners into the action.
The quintet is marked by Josh Sinton’s bass clarinet and Matt Moran’s vibraphone; to a sizable degree, their blend distinguishes the band’s sound. Each gets ample space to stretch on Early Music. Moran’s buoyant glide rides a near rampage from drummer Harris Eisenstadt on “For Wee Folks” and Sinton’s expressive rumination bubbles up on “Phrizzinian Man.” (Don’t miss Wooley’s vigorous trumpet cackle on the second spin of “Hesitation.”) Throughout, it’s the way the entire group coalesces that makes the biggest impression. Their last outing, (Put Your) Hands Together, reminded listeners just how tight they are, but the gregariousness and groove of Marsalis’ tunes puts their enviable chemistry in an even more compelling light. This is the kind of repertory project that illuminates the interpreter more than the original source.
(DownBeat Magazine)
Состав