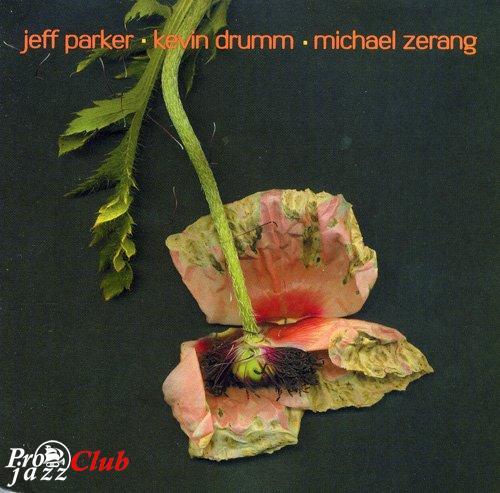 AMG Review
On the second volume of Atavistic's Out Trios project, guitarists and electronics manipulators/architects Jeff Parker and Kevin Drumm join master percussionist Michael Zerang in an almost unbearably indulgent series of improvisations where noise and more noise is the order of the day. While music such as this certainly has its place, the fact that these gentlemen used four selections to indulge in a complete lack of imagination or improvisational acumen is pretty much unforgivable. None of these pieces go anywhere, they begin, move around the same sonic universes, and end making for an entirely forgettable listening experience. No, make that an irritating experience because with musicians of this caliber, the notion of aggressive noodling for 45 minutes is an old and tired concept that outlived the novelty of its usefulness in the 1980s. For those interested in the non-cartoon aspect of free improv, Out Trios, Vol. 1, with William Hooker, Lee Ranaldo, and Roger Miller, delivers virtually everything this one lacks. ~ Thom Jurek, AMG
AAJ Review
When the most striking thing about an album is the packaging, you know you're in trouble. Music, at its best, should draw on a broad palette of colours, rather than being something that is starkly black and white, with nary the slightest shading of grey. Guitarists Jeff Parker and Kevin Drumm team up with percussionist Michael Zerang for Out Trios Volume Two , an album where the greatest variation in colour, for the most part, is found on the cover of the disc. And that's just not a great place to start.
Free music can be highly evocative. Atavistic's recent Out Trios Volume Three: Ash and Tabula by guitarist Nels Cline, keyboardist/accordionist Andrea Parkins and drummer Tom Rainey amply shows how music doesn't need to be cautious or work with a safety net to be effective in conveying a broad range of emotions. But what makes even the most outrageous spontaneous composition work is the element of communication, the feeling that the musicians are working together. Unfortunately, Parker, Drumm and Zerang, all strong proponents of the avant garde side of improvised music, fail to create any sense of cohesion, save on the closing track, "Miss Big Meen," an ambient track that successfully creates a sense of tranquility, albeit with a certain element of foreboding.
The rest of the album is truly black and white. While the extended techniques used to draw out highly unusual sounds on the harmonically and rhythmically static "Lacerate" are academically intriguing, they do nothing to touch the soul. It is, in fact, this feeling of detachment and the impression that what we have here are three players doing their best to coax strange and uncommon sounds from their instruments, but nothing more—there seems to be little sense of real purpose here—that makes all but the final track blend into a melange of odd textures with only two real dynamics: loud and soft.
That three musicians with clear capabilities on their instruments would choose to make an album that is mostly concerned with varying degrees of disenfranchised noise is curious. With free improvisation such as this being an extreme sub-genre of an already small niche market, it had better have a good reason to exist if it is to appeal to any kind of audience whatsoever. Sadly, Out Trios Volume Two will likely be of little interest to anyone but graphic designers, who will marvel at the beauty of the packaging concept. ~ John Kelman, AAJ
EAC Report
Exact Audio Copy V0.99 prebeta 4 from 23. January 2008
EAC extraction logfile from 1. March 2009, 11:37
Jeff Parker / Kevin Drumm / Michael Zerang / Out Trios Volume Two
Used drive : TSSTcorpCD/DVDW SH-S182M Adapter: 2 ID: 0
Read mode : Secure
Utilize accurate stream : Yes
Defeat audio cache : Yes
Make use of C2 pointers : No
Read offset correction : 6
Overread into Lead-In and Lead-Out : No
Fill up missing offset samples with silence : Yes
Delete leading and trailing silent blocks : No
Null samples used in CRC calculations : Yes
Used interface : Installed external ASPI interface
Used output format : User Defined Encoder
Selected bitrate : 1024 kBit/s
Quality : High
Add ID3 tag : No
Command line compressor : C:\Program Files\Exact Audio Copy\FLAC\FLAC.EXE
Additional command line options : -8 -V -T "ARTIST=%a" -T "TITLE=%t" -T "ALBUM=%g" -T "DATE=%y" -T "TRACKNUMBER=%n" -T "GENRE=%m" -T "COMMENT=%e" %s -o %d
TOC of the extracted CD
Track | Start | Length | Start sector | End sector
---------------------------------------------------------
1 | 0:00.00 | 15:52.57 | 0 | 71456
2 | 15:52.57 | 6:45.65 | 71457 | 101896
3 | 22:38.47 | 12:38.16 | 101897 | 158762
4 | 35:16.63 | 10:17.63 | 158763 | 205100
Range status and errors
Selected range
Filename C:\Documents and Settings\Igor\My Documents\My Music\eac\Parker Drumm Zerang - Out Trios Volume Two.wav
Peak level 100.0 %
Range quality 100.0 %
Test CRC 7E7DF73C
Copy CRC 7E7DF73C
Copy OK
No errors occurred
AccurateRip summary
Track 1 not present in database
Track 2 not present in database
Track 3 not present in database
Track 4 not present in database
None of the tracks are present in the AccurateRip database
End of status report