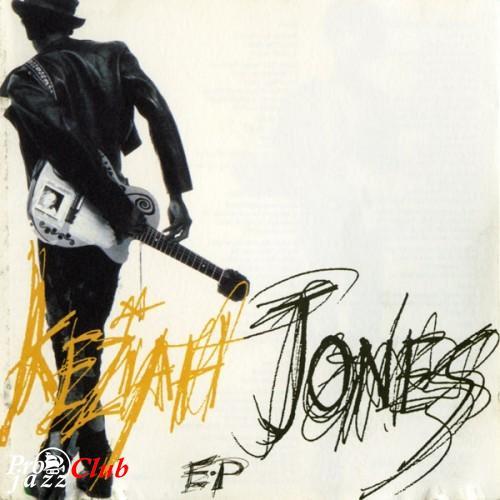 Треклист:
Keziah Jones / Frinigro Interstellar EP
Жанр: Funk,Soul
Носитель: CD
Страна-производитель диска (релиза): Austria
Год издания: 1991
Издатель (лейбл): Delabel
Номер по каталогу: DLBCD 1
Страна исполнителя (группы): Nigeria
Аудиокодек: FLAC (*.flac)
Тип рипа: image+.cue
Битрейт аудио: lossless
Продолжительность: 00:14:22
Источник (релизер): собственный рип
Наличие сканов в содержимом раздачи: нет
Треклист:
1 Frinigro Interstellar
2 The Wisdom Behind The Smile (Cash)
3 Free Your Soul
4 Sophie's Breasts
Лог создания рипа
Доп. информация:
Producer – Kevin Armstrong
Notes
Recorded And Mixed in Summer 1991 at 145 Wardour St., Soho and Olympic Studios
Distributed in France, but also indication of 'made in Austria' on the cd.
Об исполнителе (группе)
Keziah Jones (born Olufemi Sanyaolu on 10 January 1968 in Lagos, Nigeria) is a Nigerian singer-songwriter and guitarist. He describes his musical style as "Blufunk", which is a fusion between raw blues elements and hard, edgy funk rhythms. Also his Nigerian roots in Yoruba music and soul music can be considered a major influence on his sound.
He is known for his distinctive style of guitar playing, including his percussive right-hand technique which is similar to a bass guitarist's slapping technique.Olufemi Sanyaolu a.k.a. Keziah Jones is the son of Oshodolamu Sanyaolu; Chief of the Yoruba people and successful industrialist and Abiola Sanyaolu. Born on 10 January 1968, Jones spent his early childhood in a large family in a part of Nigeria in the city of Lagos. From a young age he was being prepared to follow his father's footsteps in the family concern and was expected to have an academic career. Therefore his father enrolled him in a Public School in London and he left Nigeria at the age of eight to be educated in England.
"I had to find a way out of all that, and music was it!" By the age of 13 he had discovered the old school piano and taught himself how to play and write songs. Three years later he switched to the guitar, increasingly neglecting his studies. After scraping through exams he went against his father's wishes and family tradition even more by skipping school and busking in the streets, clubs and London Underground, constantly avoiding the police.
Jones led a bohemian lifestyle for several years instead of the one envisaged for him. "Lose all time, love your mind, free your soul!" were words from his song Free Your Soul. Moving from London to Paris and back again frequently accompanied only by his guitar, the young Jones acquired a reputation as a talented musician and charismatic performer with a unique "hard funk" style. In 1991, whilst busking in London's Portobello Road, Keziah was discovered by composer and ex-keyboard player for Sailor and Culture Club, Phil Pickett quickly evolving into full-time management of the artist. After a brief but near disastrous flirtation with Capitol Records in the USA, in 1992, Pickett signed Keziah to Emmanuel de Buretel's Delabel label for his debut album Blufunk Is a Fact. Recording in London with producer Kevin Armstrong, included in the worldwide success of the project was Keziah's first single "Rhythm is Love." Jones attributes his Parisian subway experiences as highly instrumental to his by now blossoming career in his official biography. By 2008, Jones had recorded eight albums and one DVD. After performing many shows and festivals throughout the world between 2009 and 2012, late in 2012 Keziah Jones was back in Lagos preparing to record his new studio album set for world wide release on Because Music in 2013
Influences
Keziah often cites Fela Kuti, Miles Davis and Jimi Hendrix as important influences.
Art
Keziah Jones also draws,paints and writes poetry. He is a photographer and has produced short films, including one entitled BLACKSPEEDTEXT This film, his music and the other facets of his artistic life reflect his experiences on the streets.
Personal life
Keziah was married to Anglo-Nigerian singer Akure Wall in 1994. they separated in 1996.
On 14 January 2012 Keziah married Hauwa Mukan, they separated in December 2013.
Discography
Studio albums
Blufunk Is A Fact – (23 March 1992)
African Space Craft – (27 March 1995)
Liquid Sunshine – (10 May 1999)
Black Orpheus – (22 April 2003)
Black Orpheus Limited Edition – (2004)
Rhythm Is Love - Best Of – (2 November 2004)
Nigerian Wood – (1 September 2008)
Captain Rugged – (18 November 2013)
EP
'Frinigrô interstellar' - 1991
'Live' - 1993
'The African anarchist' - 1999
Promo
'Where is life' - 1992
'Million miles from home' - 1995
'If you know' - 1995
Videography
Live at the Elysée Montmartre (14 June 2004)
Charts
The album Nigerian Wood spent 43 weeks in the French S.N.E.P.-chart, and reached number 4. Black Orpheus was in the French chart for 63 weeks, its highest position being 13. Rhythm is Love stayed in the chart for seven weeks. Nigerian Wood spent four weeks on Billboard's European Albums Chart.