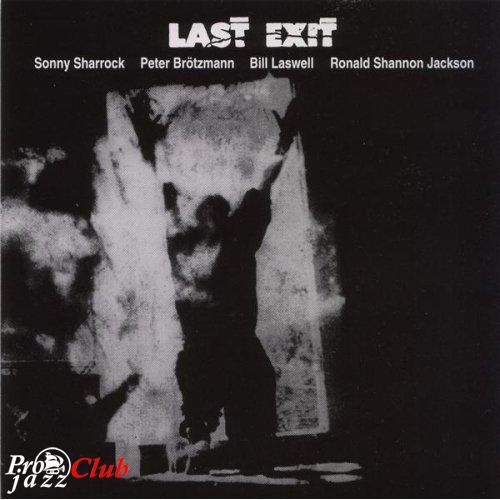 Треклист:
Last Exit (Laswell, Brotzmann, Sharrock, Jackson) - Last Exit
Жанр: Free Jazz
Год выпуска диска: 1986
Производитель диска: US
Аудио кодек: FLAC
Тип рипа: tracks+.cue
Битрейт аудио: lossless
Продолжительность: 38:44
Трэклист:
1 Discharge (3:23)
2 Backwater (5:27)
3 Catch As Catch Can (2:10)
4 Red Light (7:54)
5 Enemy Within (3:47)
6 Crackin (7:46)
7 Pig Freedom (3:59)
8 Voice Of A Skin Hanger (1:43)
9 Zulu Butter (2:21)
Ronald Shannon Jackson - drums,
Sonny Sharrock - guitar,
Peter Brötzmann - tenor sax,
Bill Laswell - bass
Доп. информация:
EAC log
AMG
In the mid-'80s, Bill Laswell had a great idea. Why not combine rock's raging rhythms and volume with free improvisation's unfettered creativity and ferocity? To this end, he made three inspired choices to fill out his band. Drummer Ronald Shannon Jackson was a veteran of Ornette Coleman's Prime Time ensemble as well as a past member of Cecil Taylor's volcanic mid-'70s bands. Sonny Sharrock had burst onto the scene in the late '60s with Pharoah Sanders, Don Cherry, and others, establishing a unique approach to free electric guitar playing, only to retreat from the scene before being lured out of retirement by Laswell. The wild card was German saxophone behemoth Peter Brötzmann, known for his classic, shatteringly intense album Machine Gun from 1968 as well as multitudes of subsequent recordings where a premium was placed on visceral, gut-wrenching interplay among musicians. Mix these elements together and Laswell (with his own funky, dub-heavy electric bass anchoring the proceedings) had an incendiary formula, one that perhaps couldn't hold together long but, while it did, it produced some amazingly powerful music. Never was this more in evidence than on this first, self-titled release, one of the very finest albums of the '80s. Entirely improvised, Last Exit nonetheless based most of its pieces on blues forms, even if highly abstracted. This bedrock allowed the musicians, particularly Brötzmann and Sharrock (whose early death in 1994 would cancel any possibility, however tenuous at that point, of the group's continuation) to freely explore the outer boundaries of their instruments, sublimely soaring over the down to earth and dirty rhythm team of Laswell and Jackson. This tension, strongly shown on the first four tracks here, reached almost unbearable degrees; its release when they would slide back into a groove leaves the listener utterly drained. Subsequent albums (notably Koln) would come close to attaining this level of intensity and creativity, but Last Exit ranks as a pinnacle both in Laswell's career and in the rock/free improv genre it spawned. A classic release, one that should be in the collection of anyone interested in either contemporary free improvisation or the more creative branches of rock.
Any questions -> support@pro-jazz.com. По всем вопросам пишите -> support@pro-jazz.com
—
142
M0p94ok
Нет комментариев. Ваш будет первым!
Войдите или зарегистрируйтесь чтобы добавлять комментарии