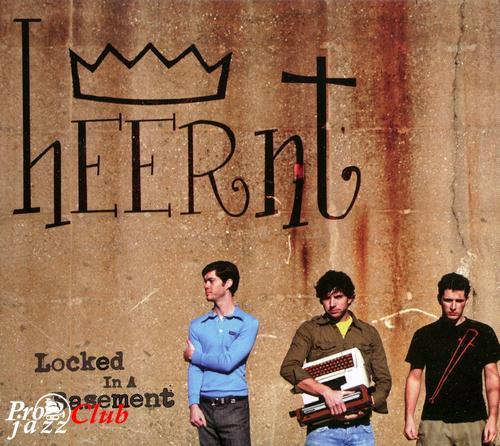 Лог создания рипа
Содержание индексной карты (.CUE)
Об альбоме (сборнике)
When it comes to the avant-garde, jazz purists and bop snobs have no interest in seeing any shades of gray. They lump all avant-garde jazz together and will tell you -- with a straight face -- that there are no major stylistic differences between the Either/Orchestra and a free jazz firebrand like saxophonist Charles Gayle (which is as ridiculous as saying that there are no major stylistic differences between Aerosmith and Slayer or between De La Soul and N.W.A). But avant-garde jazz isn't just one sound -- it is many different sounds -- and Locked in a Basement points to the fact that the trio Heernt represent the more melodic side of avant-garde jazz. No knowledgeable listener will mistake this 2005 date for the atonal splendor that John Coltrane favored during the last few years of his life; that type of free jazz adheres to a scorched-earth policy and takes no prisoners. And at the same time, Locked in a Basement is far from an album of hard boppers playing the George and Ira Gershwin songbook. Heernt's material is mildly left of center and mildly avant-garde, but not far to the left. The material, although often quirky and eccentric, is not harsh, abrasive, or confrontational; an inside/outside approach (with the inside being more prominent than the outside) prevails on noteworthy tracks like the moody "Aaaahh..," the angular "quick groove rolling," the oddly funky "Nice.," and the clever "Johnny2Rocketime" (which, interestingly, uses the antiquated sound of a typewriter for percussive purposes). Heernt's performances are notably cohesive -- saxophonist Zac Colwell, electric bassist Neal Persiani, and drummer Mark Guiliana are very much in sync -- and while Locked in a Basement falls short of earth-shattering, it is still an enjoyable and worthwhile demonstration of what this threesome has to offer.
produced by mark guiliana
executive producers avishai cohen & ray jefford
recorded and mixed by zak rizvi at the den recording studio, whippany, nj
(except "brawling on epic landforms", recorded by mark guiliana in mark's basement, and "quick groove rolling" recorded and mixed by mark in his basement.)
additional recording by jimmy wilgus
all recording and mixing was done between august 14th and september 20th, 2005
mastered by carl cadden-james and jeff glixman at starcity recording company, bethlehem, pa
All songs written by Mark Guiliana, HEERNT Music, BMI 2005 except:
"Brown Bird, Olive Sloth, Green Dragon" written by Neal Persiani, Always Be Epic Music, ASCAP "Sea Urchin. See Urchin Run" written by Zac Colwell, A Turtle Is Safe Music, ASCAP
"Brawling On Epic Landforms" written by Neal Persiani and Zac Colwell, ASCAP 2005 and
"quick groove rolling" written by HEERNT, BMI/ASCAP 2005.
Состав
mark guiliana - drums, percussion, electronics, cajon, trombone & typewriter
neal persiani - electric bass & steel pan
zac colwell - tenor saxophone, juno-60, guitar, flute, clarinet, alto saxophone & voice
Any questions -> support@pro-jazz.com. По всем вопросам пишите -> support@pro-jazz.com
—
300
M0p94ok
Нет комментариев. Ваш будет первым!
Войдите или зарегистрируйтесь чтобы добавлять комментарии