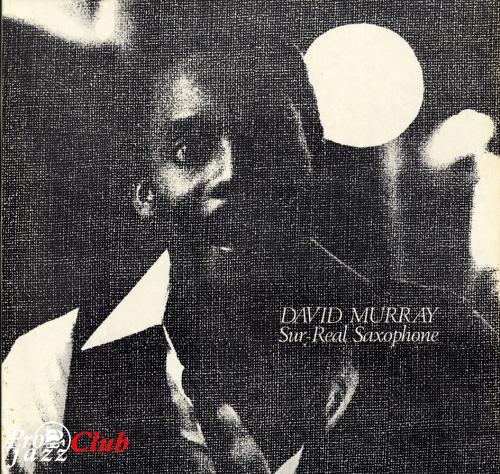 Треклист:
David Murray - Sur-Real Saxophone (Solo)
Жанр: Free jazz, Avant-garde jazz
Год выпуска диска: 1978
Производитель диска: HORO Records HORO HZ09
Аудио кодек: FLAC
Тип рипа: tracks
Битрейт аудио: lossless
Продолжительность: 44:46
Трэклист:
Side A
01 Invocation To Past Souls (David Murray) 1:58 [1:36]
02 The Cats (David Murray) 8:09 [8:27]
03 Plastic/Drastic (David Murray) 6:04 [8:48]
04 Noteworthy Lady (Stanley Crouch) 6:42 [6:48]
Side B
05 Low Class Conspiracy (David Murray) 11:01 [11:20]
06 After All This (David Murray) 7:21 [7:36].
David Murray - tenor saxophone
Recorded live at the Theatre Mouffetard, Paris on 6th February 1978
Recorded by Jef Gilson
Produced by Aldo Sinesio
Доп. информация:
скрытый текст
This is one of three LPs which were created out of Murray solo performances in Paris in early 1978. This is the point in Murray’s career that his reputation in the New York jazz lofts was extended to the European concert and festival circuit, and then to recordings available in Europe. The concert was recorded by Jef Gilson and part of it was released by him on his Palm record label as Organic Saxophone. This segment was most likely sold to the Italian HORO label. Certainly the remaining third was sold to British record company owner John Jack, and released as Conceptual Saxophone on Jack’s Cadillac label (see my interview with Jack at wallofsound.wordpress). Interestingly, for students of record company economics for this release the Italian publishing rights of all the compositions bar ‘Low Class Conspiracy’ were also ascribed to FLY records.
I’ve included the timings listed on the LP sleeve, although in some cases they have no relationship to the actual length of the tracks, and I’ve added my reckoning of the timings.
‘The Cats’ is a suitably titled dedication to Ellington saxophonists Carney, Hodges and Gonsalves. The title reveals Murray’s interest in the history of jazz saxophone playing (he originally came to New York from California in 1975 to research a college assignment on the subject) and the playing an interesting exploration of the saxophone as a musical machine and the styles of playing it. Low Class Conspiracy was a popular term in the early Murray titling vocabulary he used it to name an LP and a track in 1976, and he again played the latter on the 1977 Peace Church live recording and here. In 1977 he also took it for the name of his then current band featuring future notables Lawrence "Butch" Morris, Don Pullen and Fred Hopkins, as well as Stanley Crouch on drums. I love 'Plastic / Drastic' which reveals something of Murray’s love of music’s theatrics. It’s nearly three minutes longer than the cover detail suggests, and features Murray alternating between vocal poetic declarations, frantic explorations of the extremes of the tenor, and swinging echoes of the saxophones ability to tell a story. The audience lap it up. Murray was no stuffed shirt avant-ist.
His debt to Crouch is signalled at another level by the inclusion of one of the drummer-cum-journalist’s themes 'Noteworthy Lady'. ‘After All This’ was possibly a staple of Murray’s work at this time as it is reprised from the 1976 recordings of Flowers For Albert (India Navigation 1026). The short ‘Invocation’ that starts the record feels like a mainly improvised piece, and this is supported by the fact that (unlike most of his pieces from this time) it does not appeared on another Murray recording.
spectrum
По всем вопросам пишите личное сообщение пользователю M0p94ok.
—
191
M0p94ok
Нет комментариев. Ваш будет первым!
Войдите или зарегистрируйтесь чтобы добавлять комментарии