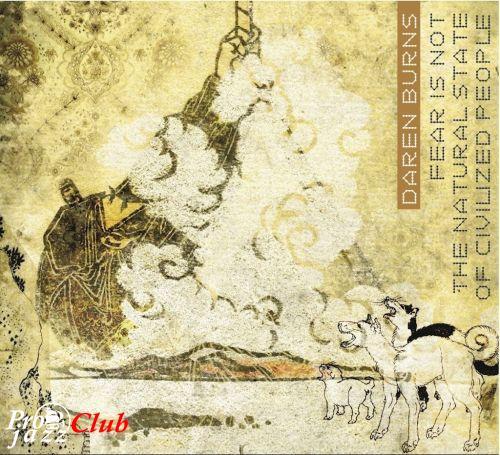 Треклист:
1. Goyathlay 12:15
2. Gandhi 14:11
3. Aung San Suu Kyi 09:57
4. Fela Kuti 13:25
Лог создания рипа
Лог проверки качества
Доп. информация:
Album Info
Recorded 6-23-09
Mixed 9-15 and 11-24-09
by Wayne Peet @ Newzone Studios, Los Angeles
The title of this CD is a quote from the Burmese political prisoner Aung San Suu Kyi (who was recently released again; for how long, we'll have to see) and the music is my comment on the US post 9/11. As We have been running scared for now over eleven years, and seem willing to give up our most important and basic freedoms based only on fear, I say that maybe it's time we looked at some of the true heroes of the world, some of them peaceful others violent; who stood up, with 100% of their total energy and focus for what they believed in while paying greatly with their own personal costs. Blindly and foolishly giving up constitutional rights for the illusion of safety is not the answer.
This recording is dedicated to Goyathlay (Geronimo) the great Apache leader, Gandhi the Indian revolutionary, Aung San Suu Kyi the Burmese political prisoner, Fela Kuti the Nigerian fighter of governmental corruption, and anyone else who believes that life based on fear is not an option.
Music Is the Weapon.
Состав
Daren Burns - composer/fretless bass
Wadada Leo Smith - trumpet
Scott Collins - guitar
Sarah Phillips - piano
Craig Bunch - drums
Any questions -> support@pro-jazz.com. По всем вопросам пишите -> support@pro-jazz.com
—
233
M0p94ok
Нет комментариев. Ваш будет первым!
Войдите или зарегистрируйтесь чтобы добавлять комментарии