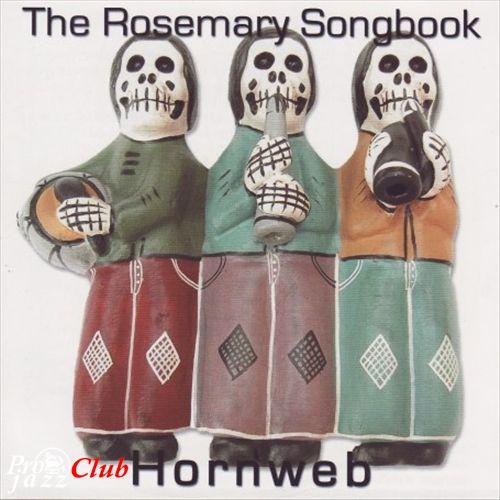 Треклист:
1. Lower Globe 3:05
2. Azim 2:38
3. Clip 2:49
4. I Never Thought About You 2:55
5. Terra Firma 2:33
6. Coast To Coast 2:37
7. The Unquestioned Answer 2:28
8. Song For Yusef Lateef 3:16
9. Sweet Spot 0:43
10. Song For Juan Tizol 3:00
11. David And Victoria 2:21
12. La Salle Street Strut 2:24
13. Hirajoshi 1:11
14. Drag 2:56
15. Tenser 2:41
16. U Packin? 3:19
17. Small Town Parade 2:39
18. Bamboula 1:41
19. Rabbit Cup 2:21
20. Engine Room Blues 3:09
21. Corpse Radical 2:42
22. Song For Rosemary 1:22
23. Sei A Mensch 2:52
24. Upper Globe 3:08
25. Song For Jackie McLean 3:12
Лог создания рипа
Содержание индексной карты (.CUE)
Лог проверки качества
Доп. информация:
Album Info & Review
(Archer) - 1,9,10,20,24
(Collins) - 2,22
(Hornweb) - 3,7,14,15,19,21
(Archer/Collins) - 4,6,8,11,16
(Saw) - 5,12,13,18,23,25
(Archer/Saw) - 17
We have spent a lot of time putting these tracks into exactly the right order, but you may wish to set your player to random to hear a different perspective.
Recorded July 2005 - July 2006, Telecottage and Sound Kitchen Studios, Sheffield
Produced by Charlie Collins
Mastered by Ian Stead
Clay figures photographed by Tricia Jasnoch
Design and layout by Herve Perez
Together again for the first time, the 25-year-old Hornweb band reunites for another recording session after a hiatus of more than a dozen years. The reason why this memorable 25 [!] track CD is a debut as well as a reunion is that the group, which was founded by Sheffield-based Martin Archer and Derek Saw, has gone through many permutations since its first LP in 1983. An all-horn - mostly a saxophone quartet, then with trumpet or trombone added - aggregation until it disbanded 10 years later, Hornweb is now a trio. Yet there are probably more and different instruments heard on The Rosemary Songbook than on any of the band's previous discs. During the years since 1993, Archer has concentrated on electronics-based studio work and on this CD brings along the software instruments and loops he now favors. Happily he has also been playing more acoustically in the past few years, so his instrumental collection - sopranino, alto and baritone saxophones, bass and Bb clarinets, recorders, violin and hand drums - is featured as well. During the same period, Saw has expanded his horn collection as well and now plays trumpet, tenor horn and tuba as well as tenor and baritone saxophones. The third member of Hornweb - who serendipitously enough was a guest on the band's first LP - is Charlie Collins. But Collins who usually plays reeds in bands with multi-string player John Jasnoch, here concentrates on vibraphone, waterphone, mbira, marimbula, darabuka, tar, mazhar, bendir, desk bells and metal percussion. The Rosemary Songbook's challenge, and ultimately the responsibility for its accomplishment, as well as some frustration, was to limit the compositions and improvisations to around three minutes each. With the same number of tracks as the years of marriage as honorees John and Rosemary Coldwell - hence the title - the three musicians may have spread themselves - and the sounds - a little too thin. As good as some work here is, about half as many tracks would have given the music more room in which to develop. That said there are several excellent miniatures that are enjoyable from beginning to end, especially when a variety of instruments are brought into play at the same time. Especially notable are the three jazz-musician tributes: "Song for Yusef Lateef", "Song for Juan Tizol" and "Song for Jackie McLean". While the last shows that Archer has lost none of his facility on alto saxophone with a long-lined legato solo; and the first use both the exotically rhythmic mbira plucks and a contrapuntal face off among trumpet grace notes, saxophone obbligato and bass clarinet buzz to highlight Lateef's hard bop and African interests, "Juan Tizol" is the masterful mix. Here African and Middle-Eastern percussion such as mbira, marimbula and darabuka take on Afro-Cuban characteristics, while above this friction and concussive slaps, are the mellow tones of low-pitched clarinet, fluttering trumpet and steadying percussion. Are Hornweb's members replicating themselves as the Ellington band's trombonist - Tizol - clarinetist Barney Bigard and flashy drummer Sonny Payne? Another, perhaps inadvertent, early-jazz reference may be that Collins' vibraphone textures, which is a constant on the majority of the pieces, are used in a strictly rhythmic function, much closer to Lionel Hampton's style, then any of the vibists who followed him. Ornamental, the shivery textures from the keys provide an ostinato bottom as well as decoration for many of the horn sounds, which range from squeaky reed bites and tongue slaps to plunger tones or waves of triplets from the trumpeter. Referencing New Orleans parades as well as European marches, the three produce lines like "La Salle Street Strut", a jolly romp for hocketing tuba, ornamental vibe rasps and a diminuendo ending from the clarinet; and "Terra Firma", a friendly adagio march featuring a chase in double counterpoint between ringing percussion and honking baritone sax. Creations like those and "Small Town Parade", which intersect lowing bass clarinet and darabuka thumps, suggest that the foot-lifting procession begins in the Crescent City or the Casbah and ends up in Sheffield. Then there's "Sei A Mensch", an Arabic-tinged, Klezmer-like tune with a German title, willowy, coloratura-register clarinet twirls, pitter-pattering drum beats and freylach-style trumpet work. Suspicion exists that the "loops and software instruments" in Archer's arsenal are extending and adding supplementary timbres to the acoustic horn and percussion lines. Meanwhile there are the free-form, irregularly situated multi-saxophone tongue slaps and snorts on "Drag" that climax in protracted coarse textures. Rather than being a drag, the performance suggests that allowing a wider range and greater scope to the improvisers would have produced an even better CD. As it stands the disc proves conclusively that the members of the newly constituted trio have no problem singing from the same songbook. Now, though, they should escalate from songs to longer forms. - Ken Waxman - Jazz Word
Состав
Martin Archer: sopranino, alto and baritone saxophones, Bb and bass clarinets, bass harmonica, recorders, software instruments, loops, violin
Charlie Collins: vibraphone, waterphone, mbira, marimbula, darabuka, tar, mazhar, bendir, desk bells, metal percussion
Derek Saw: trumpet, tenor horn, tuba, tenor and baritone saxophones
По всем вопросам пишите личное сообщение пользователю M0p94ok.
—
190
M0p94ok
Нет комментариев. Ваш будет первым!
Войдите или зарегистрируйтесь чтобы добавлять комментарии