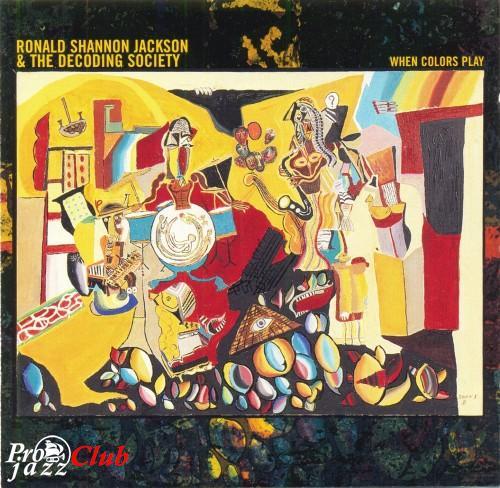 Треклист:
Ronald Shannon Jackson And The Decoding Society / When Colors Play
Жанр: Avant-Garde Jazz, Contemporary Jazz
Носитель: CD
Страна-производитель диска (релиза): US
Год издания: 1999
Издатель (лейбл): Knit Classics
Номер по каталогу: KCR-3027
Аудиокодек: FLAC (*.flac)
Тип рипа: tracks+.cue
Битрейт аудио: lossless
Продолжительность: 55:17
Источник (релизер): cd
Наличие сканов в содержимом раздачи: нет
Треклист:
1. Dance Of The Spirit Catcher 8:02
2. Ella Mae 3:56
3. When Colors Play 6:48
4. Black Blues 6:38
5. Sweet Orange 11:06
6. Green Coronas 5:52
7. Purple Tongues 12:37
Лог создания рипа
Содержание индексной карты (.CUE)
Доп. информация: Recorded live at the Caravan Of Dreams, Forth Worth, Texas, on September 12 & 13, 1986.
Об альбоме (сборнике)
Prior to Knit Classics’ recent reissue deluge all of Ronald Shannon Jackson’s recordings as a leader were out of print. This may not seem like much of travesty to those unfamiliar with Jackson’s catalog but when you consider that he had over a dozen albums to his credit the reality of the rate of attrition begins to sink in. Fortunately for everyone involved the Knitting Factory’s new reissue imprint has chosen Jackson (along with Rashied Ali) as one of the hubs of it’s new wave of releases. Brought back into circulation are a host of Jackson’s sessions including this live set recorded at the Caravan of Dreams.
The Decoding Society was Jackson’s working group during the 1980s and it had a somewhat revolving lineup based both on the schedules of the players and the ever-present specter of economics. The roster on display here is particularly strong and features the solid horn pairing of Zane Massey and Eric Person prominently alongside the tandem guitar thrust of Masujaa and Denigris. As the instrumentation might tip-off this group dips heavily into a Fusion bag, but other dominant elements spring forth from African and High Life influences that Jackson absorbed during his travels across the Continent. “Dance of the Spirit Catcher” gathers the troop in a heavily amplified formation flanked by the shimmering guitars of Dengris and Masujaa. The blinding fretwork of both players together and separately provides the center on most of the tracks, but Jackson’s industrious drums and the horns also supply strong solos. There’s a heady urban flavor with a pinch of funk that informs many of the pieces too that mixes surprisingly well with the more bucolic elements of the leader’s arrangements. Jackson’s percussive style was and is one of the most forceful in the business, as evidenced by his stints with such heavy-hitters as Cecil Taylor and Peter Brötzmann (in Last Exit), notably informed by Rock, but never a slave to it. Though the rhythms sometimes wallow in orthodoxy of presentation, as on the title track, the forward momentum of the music never falters. With releases like this one those who missed Jackson’s prolific run the first time around now have a golden opportunity to catch up to where he left off.
Состав
Alto Saxophone, Soprano Saxophone – Eric Person
Bass – John Moody
Drums, Composed By, Producer – Ronald Shannon Jackson
Guitar – Cary Denigris, Masujaa
Soprano Saxophone, Tenor Saxophone – Zane Massey
По всем вопросам пишите личное сообщение пользователю M0p94ok.
—
341
M0p94ok
Нет комментариев. Ваш будет первым!
Войдите или зарегистрируйтесь чтобы добавлять комментарии