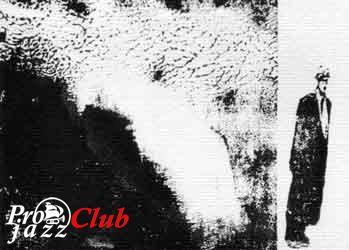 Треклист:
John Butcher - Invisible Ear
Жанр: Avant-Garde, Free Improvisation
Год выпуска диска: 2003
Производитель диска: Italy Fringes Recordings Fringes 12
Аудио кодек: FLAC
Тип рипа: tracks
Битрейт аудио: lossless
Продолжительность: 44:40
Трэклист:
1 Swan Style (3:32)
2 Cup Anatomical (2:26)
3 What Remains (4:31)
4 Streamers (8:33)
5 A Controversial Fix For... (2:41)
6 ...Shrilling Reed Freakout (1:32)
7 The Importance Of Gossip (2:59)
8 Dark Field (2:14)
9 Bright Field (3:23)
10 Magnetic Bottle (3:28)
11 Sprinkler (4:31)
12 Atelier (4:45)
John Butcher, close-miked soprano saxophone (tracks 1, 2, 8, 9), amplified/feedback tenor saxophone (tracks 4, 5, 6, 10), amplified/feedback soprano saxophone (track 11), multitracked saxophones (tracks 3, 7, 12), korg synthesizer (track 7).
Close-miked and/or amplified-feedback and/or multitracked saxophones. Recorded at home in London: 2002. - plus one (multi) track from Münster, Germany: 1999.
Limited edition of 600 copies
Доп. информация:
By Nils Jacobson
For those who have already recognized saxophonist John Butcher's ear for color and timbre, Invisible Ear will most likely seem a logical extension of his vision. The British free improviser utilizes a sculptural approach to sound, building larger scale creations from smaller units which rarely obey a clean tone.
In the case of this ambitious new solo saxophone recording, the multitimbral quality of Butcher's horn gets a boost from close miking (four of twelve tracks), amplification/feedback (six), and multitracking (three). The purpose of these tools is not to launch the saxophone to another planet or cook up every weird noise the instrument is capable of making. That's other people's business; Butcher is looking for a natural extension of his acoustic sound.
And so the twilight wisps of "Steamers" flow from simple touches of the keys, each a full-bodied entity of its own, fading out through short pulses of feedback. They're not organized in any obvious linear rhythmic fashion, relying instead on a sort of subjective inner logic that emphasizes the spirit of the moment. Compositionally, the piece is really quite simple. And it's extremely consistent all the way through.
That's something else which sets Invisible Ear aside. These twelve pieces come across like assertive tone poems created with the twin goals of coherence and variety. "A Controversial Fix For..." delves into distorted noise, demanding attention even as the roar dies down dully; the spirit continues through the next piece with more of an extended focus on melody. The multitracked "Importance of Gossip" has a bright, layered metallic feel with busy pattering percussive noises bubbling up constantly. In the absence of amplification, Butcher's tone is surprisingly similar. He's using technology (the microphone here) to catch noises that ordinarily drift away before the listener can catch them.
With a recording that has this broad a spectrum, sonic fidelity is important. And despite a few exceptions due to ambient noise, it's strikingly broad and even. There's no sense in playing Invisible Ear as background music, obviously. Go get some headphones if you want to catch it all, but however you choose to absorb these cries you better pay attention. Be an audience. Take the time to look for subtlety and nuance, color and flow, shapes and sculpture. It's worth it.
spectrum
Any questions -> support@pro-jazz.com. По всем вопросам пишите -> support@pro-jazz.com
—
157
M0p94ok
Нет комментариев. Ваш будет первым!
Войдите или зарегистрируйтесь чтобы добавлять комментарии