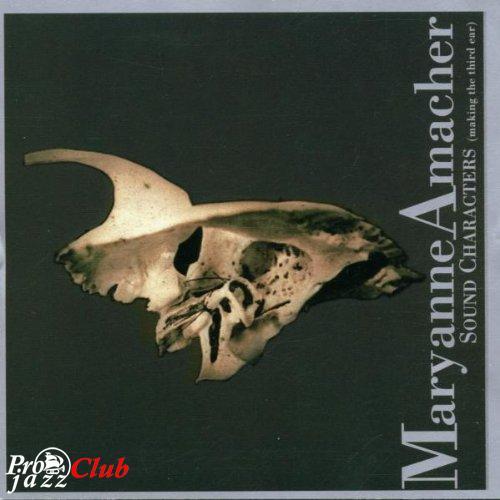 Треклист:
Maryanne Amacher - Sound Characters (making the third ear)
Жанр: Avant-Garde, Electronic, Abstract, Experimental, Sound Sculpture, Modern Composition, Tzadik
Страна-производитель диска: USA
Год издания диска: 1999
Издатель (лейбл): Tzadik
Номер по каталогу: TZ 7043
Аудио кодек: APE (*.ape)
Тип рипа: image+.cue
Битрейт аудио: lossless
Продолжительность: 01:12:17
Источник (релизер): Avaxhome (peachfuzz)
Наличие сканов в содержимом раздачи: ?? (кое какие картинки там есть .. но, типа, не уверен если иx можно назвать настоящими сканами)))
Треклист:
1. "Head Rhythm 1" and "Plaything 2"
2. Tower
3. Synaptic Island (excerpt "VM2 from the Levi-Montalcini Variations")
4. Synaptic Island (excerpt "Tower Meta1s", "Feed2", "Muse Orchestra 1")
5. Dense Boogie 1
6. Choral 1
7. A Step Into It, Imagining 1001 Years (excerpt "Entering Ancient Rooms")
Credits:
Solo performer: Maryanne Amacher (1938-2009)
Web Site - http://www.maryanneamacher.org
My Space - http://www.myspace.com/maryanneamacher
Full Biography - http://www.maryanneamacher.org/Amacher_Archive_Project/Entries/2009/10/22_Biography.html
Artwork By [Design] - Ikue Mori
Executive Producer - John Zorn
Executive Producer [Associate] - Kazunori Sugiyama
Mastered By - Allan Tucker
Photography [Stereo Ears Photo] - Scott Fisher
Лог создания рипа (EAC Log)
Back
Pic))
Об исполнителе / об альбоме и так далее...
Notes:
Subtitled: Making The Third Ear.
Tracks 3, 4 and 7 are dual-channel remastered excerpts from music that was originally composed for multi-channel location-based installation performances and presented in a series of feature length Episodes.
Tzadik:
Marianne Amacher is one of electronic music's truly legendary mavericks, whose music has been presented almost exclusively in huges spaces and installations for the past twenty years.
This diverse collection of electronic soundscapes and "ear-dances" was chosen by the composer especially for Tzadik to work in the more intimate settings of compact disc.
Spectacular acoustical effects take you to expansive worlds of dancing difference tones and psychedelic sonorities. A rare release by one of the most reclusive and elusive of today's musical visionaries.
CD Universe:
The "Making the Third Ear" part of the title refers to the phenomenon that listeners experience when listening to Maryanne Amacher's compositions -- played at the right volume, sounds seem to emit from within the listener's head! Even though these works were written for installations in specific spaces, and not for recording, the "third ear" still happens (but not with headphones). The included pieces range from a rather comforting wash of tones ("Synaptic Island") to boggling, bleeping loops ("Dense Boogie 1"), and are, necessarily, often excerpts of longer works. ~ Joslyn Layne ( allmusic.com )
Includes liner notes by Maryanne Amacher.
Live Recording
Solo performer: Maryanne Amacher. The Wire (4/99, p.60) - "...Maryanne Amacher's series of site-related projects...involves radical shifts in both time and space....The resulting tensions...leave you hungry...for louder volumes, longer durations, bigger spaces."
Editorial Reviews
Amazon.com
Maryanne Amacher's certain that several of these electronic compositions will trigger sound from within the listener's ears. Sounds unlikely at first, but her works indeed get under the skin before uncoiling inside the body. The more bright, popping moments jump around, surrounding the listener with a roomful of sound in radical disproportion to the source's range--and initially with consternating repetitions and extremity of tones. Compressed at times into stereotypically blippy emanations, Sound Characters presents an explicit overwhelming challenge, as if Amacher's daring the listener to hear her work, whether it's piercing with needles of high-pitched tone or dark pitch-free crushes. No sooner is Amacher finished issuing the challenge when she delves into a mix of subterranean rumbles and the rough thunders of a purple sky in late summer. She's got formidable talents in sound installations, which occur here in every guise, always issuing a sort of aural blanket, albeit one that breathes, over the listening space. --Andrew Bartlett
Customer Reviews @ Amazon
5.0 out of 5 stars - brilliant creepy noise, September 15, 1999
ByL A Customer
first off, do not listen to this album on headphones. it won't work that way. on a stereo, a number of tracks become not just three dimensional but feel like they're coming OUT your ears rather than IN them. as for the tracks that don't give this sensation, they're either creepy like a david lynch soundtrack or discordant like sonic youth feedback. if you're a fan of john zorn's weird stuff, then this is a must.
5.0 out of 5 stars - buy this album, March 10, 2000
By: Jesse Olsen (Bennington, Vermont)
This album changed the way I look at music. I've been creating sound for most of my life, and this album puts me to shame. It does things with noise that hadn't occured to me were possible. buy this album. buy this album.
BIO from Myspace
Bio:
Maryanne Amacher (1938-2009) Electroacoustic composer of sound installations, best known for her incorporation of otoacoustic emissions - sounds that seem to be emanating from inside one's own head. Ms. Amacher was drawn to extremes: some of her scores — for example, the music she composed for the choreographer Merce Cunningham’s “Torse” (1976) — could be so soft as to be nearly inaudible at times. But more typically, she reveled in powerful, high-volume sensory assaults, combining high-pitched electronic chirping and solid bass drones to produce a visceral effect. Many of Ms. Amacher’s most notable works are known only by reputation. They were site-specific installations that would be difficult, perhaps even impossible, to recreate, although several have been staged in new versions for different locations. Moreover, the handful of recordings that offer samples of her scores barely do them justice: Ms. Amacher was less concerned with sound on its own terms than with the way sound was perceived in space and over extended time periods.
Biography from AllMusic.com
by Joslyn Layne
Modern American composer Maryanne Amacher has almost exclusively created huge multimedia installations from the '70s through (at least) the close of the '90s. Amacher's installments combine sculpture and layers of loud sound and low, resonating tones. She has developed her craft mainly in Europe, by experimenting with the acoustics of varying architectural spaces. In 1993, Amacher became the first Rosekrans Artist in Residence at Mills College. She has toured with Merce Cunningham collaborator David Behrman, teamed with Mark Trayle on the Capp Street Project in San Francisco (1985), and worked with composer Alvin Curran. In 1999, the Tzadik label released a recording of pieces that Amacher chose for CD, entitled Sound Characters (making the third ear).
Это, просто, нужно слушать!!! - Замечательно!