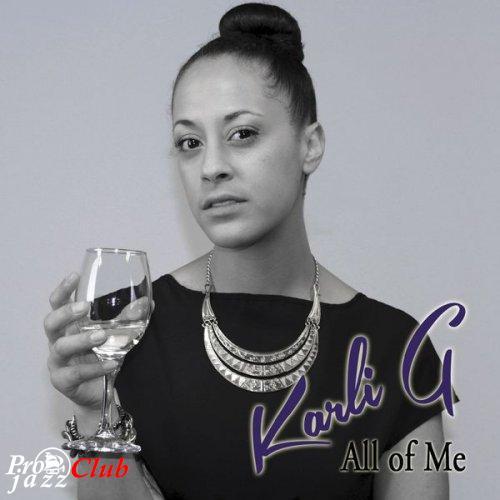 Треклист:
Karli G / All of Me
Жанр: Soul, Funk, R&B
Носитель: WEB
Год издания: 2017
Аудиокодек: FLAC (*.flac)
Тип рипа: tracks
Битрейт аудио: lossless
Продолжительность: 25:14
Источник (релизер): bandcamp
Наличие сканов в содержимом раздачи: да
Треклист:
1. Beyond Repair 03:47
2. Cruel Intentions 03:52
3. For Tonight 03:32
4. I Do 02:14
5. Lost It All 03:44
6. Sold My Soul 03:52
7. Take It Away 04:12
DR Log
Лог проверки качества
Скриншот спектра частот
Об исполнителе (группе)
First things first, let me be clear: This is definitely a soulful album. All the time Karli has put in is definitely showcased in a variety of ways over the course of "All Of Me" to varying degrees of success. My ears picked up on someone influenced by the ilk of crooners like Maxwell and Kelis as she delivers her words passionately, whether it's with inner fire as shown in "Lost It All", or allowing her words to drip seductively over tracks like "For Tonight" , Karli brings a wide palette in such a short time to her credit. She even manages to flip a few bars with her style, although the topics are a touch generic. I feel we don't get a true "feel" of who Ms. G is, but she does do well with what's offered. With future projects I'm sure we'll get to peel the layers of Karli, and see what makes her a standout amongst her peers.
The production for the most part is what you'd expect from an almost neo-soul styled artist like Ms. Karli G, mixes of dope basslines fused with various instruments to properly set the mood. With contributions from producers Sinima Beats, and Kenneth Love, "All Of Me" as a full listen doesn't really have a "hiccup" per se, but the mixing does sound different than what I'm accustomed to. I assumed this was done to make sure there was no confusion as to Karli's voice being the absolute star of the show, but a slight bit more polishing could have given a couple of tracks the "oomph" they deserve. Outside of that, Karli holds her own for the entire EP, bringing in no outside artists/collaborators, which is a rarity in today's musical climate (kudos milady), especially considering the SGP ranks she can call on. With a run-time falling short of 30 minutes, I hope this is a teaser of the full release to come later, as it's a good sampler, but not the full experience she can deliver.