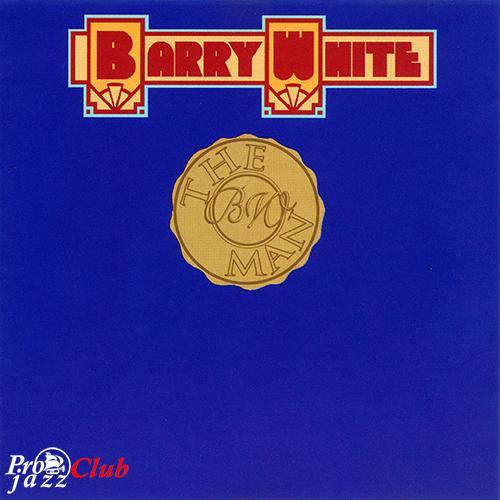 AllMusic Review by Jason Elias
1977's Barry White Sings to Someone You Love put him back on the right side of the charts. He shed the pomposity that landed him in the cutout bins by as early as 1976. In contrast to this album's predecessor, Barry White Sings for Someone You Love, there's more of a balance between the dance tracks and ballads. "Look at Her," "You're Sweetness Is My Weakness," and "Sha La La Means I Love You" all employ Latin flourishes and tough horn charts. Although his Latin seemed closer to Ricky Ricardo than Tito Puente, White's good spirits and the crack backing band make it all worthwhile. The sensual "It's Only Love Doing Its Thing" does its business in under five minutes with White saying, "Let me put my hand right there/Lord have mercy." On the ballads he seems a little more reflective than usual. As they somewhat diminished Barry White Sings for Someone You Love, the ballads enrich The Man. On his cover of Billy Joel's "Just the Way You Are," he gives the lyrics complete seriousness and somehow makes them bittersweet. "Early Years" has a flamenco-styled guitar and an autumnal arrangement. The track gives him to a depth beyond "relationships," even though it was clear from his disconsolate delivery that his reminiscing didn't exactly make him feel any better. With such rich and varied songs, The Man might be the only album one might need from Barry White, but it will make you seek out even more of his catalogue.
Лог создания рипа
Содержание индексной карты (.CUE)