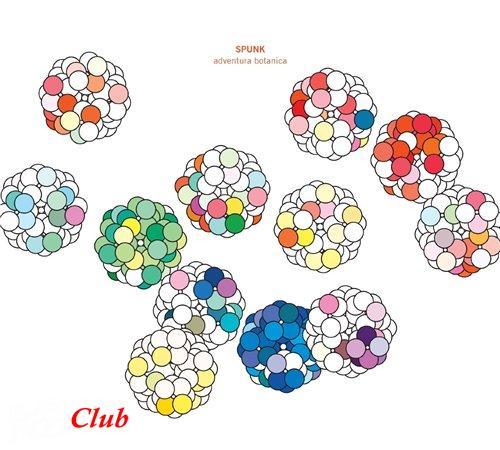 Лог создания рипа
Содержание индексной карты (.CUE)
Об альбоме
Norwegian group Spunk join forces with one of Norway’s leading modern dance exponents, Odd Johan Fritzøe, to create a sound and movement work celebrating Darwin’s legendary, game-changing voyage to Madagascar. Premiered in 2013 at Oslo’s trailblazing Ultima Festival of Contemporary Music, Adventura Botanica was the third collaboration between Spunk and leading choreographer/dancer Odd Johan Fritzøe. Inspired by Darwin, this ‘study of the invisible laws of nature’ featured Fritzøe dancing around a three metre high sculpture set among sonic objects illuminated in white, to resemble the star orchid, which were triggered by radio signals. Spunk provided the accompaniment, feeding off the movements,and allowing their sounds to spontaneously generate in co-evolution with the performance. Spunk recorded the music on this CD in a studio setting around the same time, as a document of the project, but its lush and ever mutating jungle of sounds give a vivid sense of dynamic movement and fertile imaginations as the four musicians extend their sonic probosces into the rich receptacle of the dance amphitheatre. One critic has described SPUNK as like being ‘washed up on some new musical shore’, and just as a shipwrecked sailor has to adapt to a new and unfamiliar environment, so the dancer and the musicians needed to adapt to each other’s systems and the results were mutually beneficial, as is clear from the vigorous life shooting out in all directions from this recording. Formed in 1995, SPUNK comprises four of Norway’s most innovative musicians: Maja S K Ratkje, Hild Sofie Tafjord, Lene Grenager and Kristin Andersen. The quartet combine talents that range from vocal experiments, instrumental virtuosity, impulsive improvisation and a witty sense of play. Here, they engage in vertigo-inducing microtonal slides and exotic, tropical textures, while fans of Ratkje’s incredible solo vocal works will find plenty to enjoy in her whistling, muttering, or operatic singing. All four work in the indefinable area between modern composition, free jazz and total improv,a crossover zone increasingly dominated by Norwegian musicians. A typical SPUNK gig (if there is such a thing) might be a fearsome free-for-all with toys and unexpected objects, or a more formal exploration of texture and tone, as on their massive, 12 year long project Das Wohltemperierte SPUNK, released as a mammoth 6 CD set on Rune Grammofon in 2013. They have played inside installations, dark chambers with 20 sec reverberation, the Oslo Opera House roof and a busy shopping mall. SPUNK seem to want to surprise each other as much as their audience, and in this piece, the music was also the seed that fertilised Fritzøe’s movements, as he took his cue from their intuitive improvisation. Adventura Botanica: it’s the natural selection.
Состав