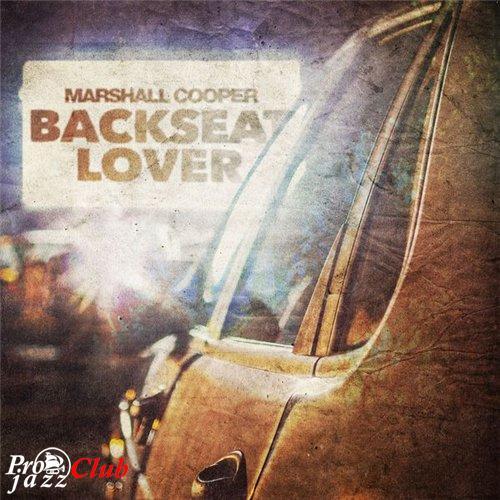 Треклист:
MARSHALL COOPER
BACKSEAT
LOVER
Жанр: Funk, Brass Band, Jazz
Год издания: 2015
Издатель (лейбл): Herzog Records
Номер по каталогу: 901046 HER
Страна исполнителя (группы): Germany
Аудиокодек: FLAC (*.flac)
Тип рипа: tracks
Битрейт аудио: lossless
Продолжительность: 43:29
Источник (релизер): WEB (спасибо Sykeya)
Наличие сканов в содержимом раздачи: нет
Треклист:
01. Everglade
02. Cooper Inferno
03. Dogshot
04. Porque Te Vas
05. A Mexican Affair
06. Drunken Heart
07. Monster Chit-Chat
08. Giant Monkey Bird Invasion
09. The Big Funk
10. Calling Don
11. Don’t Let Her Daddy Know
12. Motherland
13. The Orientalist
14. Hate Is an Exciting Emotion
Лог проверки качества
Об альбоме
It's simply phenomenal how Marshall Cooper has managed to turn his debut album "Backseat Lover" into an out-and-out homage to 20th and 21st century pop culture even though you won't find a discophile anywhere who would place this album in the pop genre. This acoustic paradox is probably down to the brawny brass band sound which somehow, from a wild tangle of genre clichés and pop snippets, weaves a fresh and wide-ranging associative thread firmly rooted in pop culture's here and now.
This illusory world is built on an essential cultural medium. Taking the sound aesthetics of analog old-school cinema as the driving force, the album transforms the epic language of film music into the bold and simple sound of a brass band.
The 14 tracks feature an elegant variety of musical styles, from swing, rock 'n' roll and funk to pop, with touches of classical mixed in. The ingredients are all thrown together into the film music pot, rounded off and refined with some dramatic dialogue samples and fleshed out with a small but exclusive flock of guest musicians.
The result is a collection of film music tracks which sound like they already existed although they were never written, a soundtrack that would be a credit to any Tarantino flick. It's the whimsical Ennio Morricone-esque flourishes that reveal the true inspiration behind the musical heart beating at the centre of the album. The tracks on "Backseat Lover" bristle with wonderful self-parody, while simultaneously impressing the listener with their compositional panache and diversity. What could have ended up absurd has turned out delightfully full-on, in-your-face and self-evident. Moments of nascent sentimentality are consistently and intentionally diffused with touches of refined humour, irony and mordant wit. The record thrills as both pop-literary narrative and sophisticated trash movie, a series of episodes collated into a concept album which sounds as hopelessly nostalgic as it is devastatingly modern.
The tracks were composed and arranged by band leader Manuel Hilleke whose cinematic and musical influences are given sensual expression on "Backseat Lover". The same devotion to perfection evident in the music is also witnessed in the cover artwork.
Состав