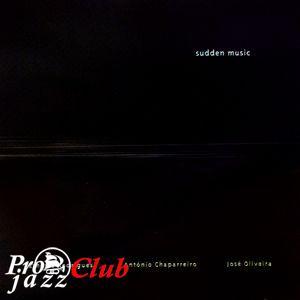 Треклист:
1. Round Angles And Sharp Lines
2. Something Is Going To Happen
3. Lateral Thinking
4. Landscape With Persons And Furniture
Лог создания рипа
Содержание индексной карты (.CUE)
Лог проверки качества
Доп. информация:
Album Info & AMG Review
All tracks composed by Ernesto Rodrigues, Antonio Chaparreiro, Jose Oliveira
CD title and track names suggested by Rui Eduardo Paes
Design Carlos Santos
Text translation Joaquim Nunes Paes
Recorded by Jose Vasco at Tcha Tcha Tcha Studio in 09/12/2001
Production Ernesto Rodrigues
Liner notes: Rui Eduardo Paes
For his second CD on his own record label, violinist Ernesto Rodrigues chose to release a session that complements his debut, Multiples, while hinting at a different direction. Where that one focused on very short pieces, Sudden Music presents four long improvisations, 15 to 20 minutes each. If John Stevens previously represented the main inspiration, this time around Rodrigues, percussionist José Oliveira, and guitarist António Chaparreiro turn their ears to the musicians associated with the lowercase, onkyo, and reductionist trends. The music strongly relies on silence (think Radu Malfatti and Taku Sugimoto), microscopic textures (Axel Dörner), and an attempt at stripping away any gestures that can signal the individuality of an instrument or its player in order to reach a group sound that would be impossible to fraction into its constituents. Rodrigues shifts between violin and viola, exploring the possibilities of slow bow movements while applying a lot of pressure on the strings. Chaparreiro's "clean" electric guitar often remains inaudible, his playing so quiet it can be mistaken for either violin or percussion. Oliveira uses lots of small objects, bells, and bouncing balls to great effect, producing (surprisingly) the most "musical" effects. This kind of music holds together only if a proper tension is maintained, the kind that keeps the listener on the edge of his or her seat in expectation for the next sound. In this regard, Sudden Music is only a half-success. "Round Angles and Sharp Lines" matches the subdued intensity of the best pieces in that field, but "Lateral Thinking" only manages to sound like three guys desperately trying to find something to do without making a sound. The other two pieces are good, especially "Landscape With Persons and Furniture," where Rodrigues signals a couple of welcomed changes of pace.
Состав
Ernesto Rodrigues: violin, viola
Antonio Chaparreiro: electric guitar
Jose Oliveira: percussion, inside piano
По всем вопросам пишите личное сообщение пользователю M0p94ok.
—
138
M0p94ok
Нет комментариев. Ваш будет первым!
Войдите или зарегистрируйтесь чтобы добавлять комментарии