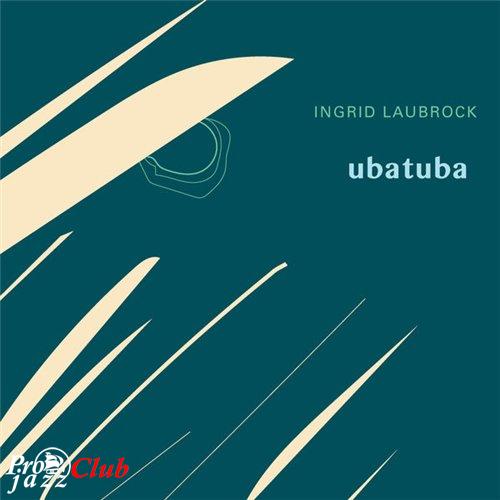 Жанр: Avant-Garde Jazz
Год издания: 2015
Издатель (лейбл): Firehouse 12 Records
Номер по каталогу: FH12-04-01-022
Страна исполнителя (группы): Germany/USA
Аудиокодек: FLAC (*.flac)
Тип рипа: tracks
Битрейт аудио: lossless
Продолжительность: 56:08
Источник (релизер): WEB (спасибо zizka90)
Наличие сканов: нет
Треклист:
1. Any Breathing Organism
2. Homo Diluvii
3. Hiccups
4. Hall of Mirrors
5. Any Many
6. Hypnic Jerk
Лог проверки качества
Об альбоме
AllAboutJazz
It's hard to believe that German born saxophonist and composer Ingrid Laubrock has been recording since the late 1990s, perhaps because there is a distinct newness to every project she releases. Although she trained with Jean Toussaint in London for a short time and later with Dave Liebman, Laubrock is very much a self-made artist with a style that is plainly her own. She came to wider recognition with her self-titled Sleepthief trio debut (Intakt, 2008) and more so with Paradoxical Frog (Clean Feed, 2010), a trio that included pianist Kris Davis and drummer Tyshawn Sorey. As Laubrock has moved further toward the avant-garde and free improvisation, her star has continued to rise.
Ubatuba (also the name of the quintet) features a powerhouse quintet that includes Tim Berne. He and Laubrock both play alto here while the leader doubles on tenor. The eclectic Dan Peck, on tuba, has a resume that includes work with trumpeter Nate Wooley, saxophonist Tony Malaby and Anthony Braxton. Trombonist and visual artist Ben Gerstein has worked with Henry Threadgill as well as Kris Davis and Sorey. Laubrock's long-time colleague and spouse Tom Rainey is on drums. The inexhaustible Rainey has appeared on more than eighty recordings, working extensively with Berne and recording several albums as a leader.
In her liner notes, Laubrock explains that her compositional method on Ubatuba was to create a polyphonic, melodic and organic experience, juggling the mass and area, structure and free space and she has more than succeeded in that daunting task. The ten-minute "Any Breathing Organism" is initially a powerful murmur of low brass until Laubrock briefly rolls a jolt of adrenalin into the piece and then allows it to resettle. On "Homo Diluvii," Laubrock finds another gear. Rainey intricately introduces the piece and the brass and reeds slowly and dramatically build to a feverish improvisation.
"Hiccups" incorporates bits of melody into an otherwise unstructured and tentative performance. At thirteen minutes, the piece has plenty of time for stratifying improvisations and the musicians take full advantage without playing over each other. Similarly, "Hall of Mirrors" and "Any Many" are amalgams of unforgiving boundary-pushing and darkly mysterious passages. At almost sixteen minutes, "Hypnic Jerk" closes the album like a self-contained suite. It moves from an agitated state to a resonant and ominous atmosphere that Rainey eventually guides back and forth to its dramatic conclusion.
Ubatuba is an ambitious creation in terms of Laubrock's astoundingly complex writing and in the masterful musicianship from all involved. The combination of low brass and thorny, snaking saxophone lines are clearly and extraordinarily steered by Rainey. It all makes for a powerful impression and brings Laubrock's organic creation to life on this very unique album.
4/5 stars
(Karl Ackermann)
freejazzblog
Ubatuba was recorded in September 2014, a few days after I caught Ingrid Laubrock’s newest group in concert. The performance was brazen (both in instruments and attitude), but also slippery; a whorl of written and improvised work, its immediacy was about all I was able to grasp. The news of an album was exciting: now, something to sit with and more fully absorb.
The quintet—Laubrock and Tim Berne on saxes, Ben Gerstein on trombone, Dan Peck on tuba, and Tom Rainey on drums—sheds the instrumental variety of Laubrock’s other projects in favor of more deeply exploring wind instruments. Jettisoning the piano as a compositional tool, Laubrock instead decided to use her saxophone and paper to work out Ubatuba’s pieces. The result is music that shares both the slow-burning, timbral focus of her Octet work and the pointed, dramatic improvisation of Anti-House.
While Laubrock’s goal is often to “leave the listener guessing” about the fuzzy line between writing and improvising, the album still feels a bit more tightly-controlled than the band in a live setting. Ubatuba opens with “Any Breathing Organism,” four sets of lungs entering and exiting a warm but increasingly tense drone. There’s little room to break from the script, though the drone subsides at several points for Laubrock to take some interval-leaping solos over Peck’s tuba blats and Rainey’s frantic tom-work. Other tracks like “Homo Diluvii” and “Any Many” have complex melodic streams in which musicians jump back and forth between lines, resulting in a flux of converging unison lines and diverging counterpoint.
Here and there are threads that connect this music to jazz: a bop-ish saxophone solo, or Rainey’s tapping hi-hat. But even though the points of reference are all there, the feeling is different. The music is often decidedly unjazzy, and focusing solely on the horns draws one near the realm of chamber music. With Rainey in the mix, there’s some affinity with the weird forward motion of Henry Threadgill’s music. His role is often one of punctuation, adding quick emphasis to a series of notes, or providing a rhythmic offramp for the others to transition into freer playing. “Hiccups” spins around and around in circles, the trombone and saxophone a centrifugal surge held only by Rainey’s beat.
Ubatuba rewards careful and repeated listening. While clearly a vehicle for Laubrock’s increasingly adventurous writing, the music provides plenty of leeway for her partners’ idiosyncrasies and creativity. If I had a single complaint, it would be: not enough Gerstein! He’s a tremendously accomplished player that doesn’t always get the attention afforded to some of his peers. A great late-year entry, and an album that was certainly worth the wait.
4/5 stars
(Dan Sorrells)
Состав