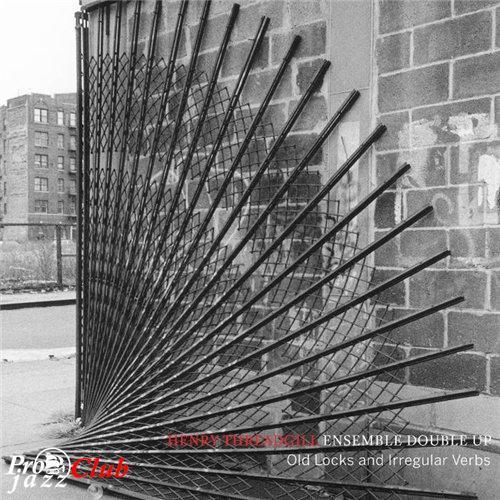 Треклист:
HENRY THREADGILL ENSEMBLE DOUBLE UP
Old Locks and Irregular Verbs
Жанр: Avant-Garde Jazz
Год издания: 2016
Издатель (лейбл): Pi Recordings
Номер по каталогу: pi64
Страна исполнителя (группы): USA
Аудиокодек: FLAC (*.flac)
Тип рипа: tracks
Битрейт аудио: lossless
Продолжительность: 47:01
Источник (релизер): WEB (спасибо mockingboy)
Наличие сканов: booklet.pdf
Треклист:
1.Part One
2.Part Two
3.Part Three
4.Part Four
Лог проверки качества
Об альбоме
The premiere of Old Locks and Irregular Verbs—Henry Threadgill's tribute to his longtime friend and colleague, musical pioneer Lawrence D. “Butch” Morris—was easily one of the most talked about events at the 2014 edition of New York's Winter Jazzfest. The buzz factor and expectation surrounding this work and the band performing it was so strong, in fact, that it was scheduled for two performance slots. For any other act at a festival that prides itself on diversity, that might've been programming overkill; in this particular case, it seemed perfectly appropriate.
Shortly before the second performance, a NYC Winter Jazzfest insider who had seen the true premiere commented that it was a stunning piece with a major payoff at the end. Truer thoughts have never been verbalized. That second presentation at Judson Memorial Church turned out to be a brilliant and brooding melange of musical questions and answers, capped off with a super-charged finale that brought the house down. It was a genius display of tectonic shifts shaped by the mind and hands of one of jazz's boldest and deepest composers.
Now, more than two years later, Old Locks and Irregular Verbs appears again. In some respects, this incredibly adventurous recorded version of that four-part piece seems to be slightly more reserved than what came to pass on that notable second flight. One example surrounds the sendoff. Memories of a clangor-filled "Part Four" in concert are replaced by a highly ripened version here, a moaning and cathartic amalgam that delivers a more compact punch on its way out. But memories are tricky hangers-on that are prone to alteration and exaggeration over time, so perhaps the difference(s) between the then and now aren't so large after all. It's hard to say after a two year gap between experiences, but there's no doubt that what fills this album is heady and absorbing.
Threadgill doesn't play a note here, but his presence is felt in the way that Ensemble Double Up—a band with two pianos, two alto saxophones, cello, tuba, and drums—coalesces and comes apart. His signatures—layered thoughts, focal shifts—are all over the piece. Solo episodes, dense environments, and strokes of individuality followed or overlapped with fearless ripostes share space as this sui generis septet does its work. One minute the listener may be admiring the manner in which pianists Jason Moran and David Virelles work together and apart, using a style of avant-pointillism to their mutual advantage. But then attention might instantly shift to the rhythmic turbulence created by drummer Craig Weinrib beneath the interactive combination of tuba provocateur Jose Davila and cellist Christopher Hoffman. And then there's the two alto team of Roman Filiu and Curtis MacDonald to contend with. It's all too much to think about, except for the fact that it's not. Threadgill's masterful blend of the independent and interdependent is alive and well in Old Locks and Irregular Verbs.
4,5/5 stars
(Dan Bilawsky, AllAboutJazz)
Состав
Henry Threadgill - composition, conductor
Jason Moran - piano
David Virelles - piano
Roman Filiu - alto saxophone
Curtis Macdonald - alto saxophone
Christopher Hoffman - cello
Jose Davila - tuba
Craig Weinrib - drums
фото
По всем вопросам пишите личное сообщение пользователю M0p94ok.
—
232
M0p94ok
Нет комментариев. Ваш будет первым!
Войдите или зарегистрируйтесь чтобы добавлять комментарии