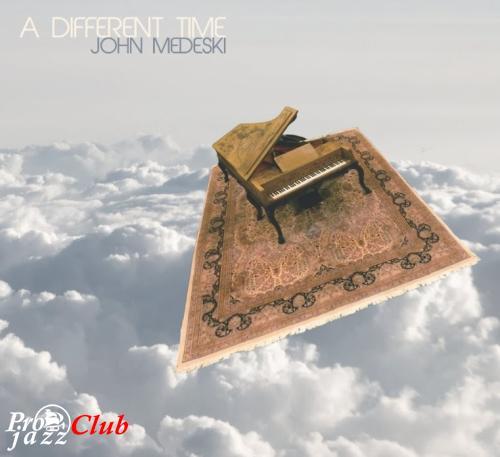 Треклист:
John Medeski - A Different Time
Жанр: Avant-Garde Jazz
Год издания: 2013
Издатель (лейбл): Okeh
Страна: США
Аудиокодек: FLAC (*.flac)
Тип рипа: tracks+.cue
Битрейт аудио: lossless
Продолжительность: 41:34
Источник (релизер): finfry419 (what)
Наличие сканов в содержимом раздачи: сетевые
Треклист:
01. A Different Time (Medeski) - 4:33
02. I'm Falling in Love Again (Nelson) - 5:44
03. His Eye Is on the Sparrow (Gabriel-Martin) - 6:18
04. Ran (Medeski) - 1:54
05. Graveyard Fields (Medeski) - 6:07
06. Luz Marina (Medeski) - 5:35
07. Waiting at the Gate (Medeski) - 2:30
08. Lacrima (Medeski) - 3:55
09. Otis (Medeski) - 4:58
Состав:
John Medeski - solo piano
Recorded at the Waterfront Studios, New York.
Лог создания рипа
Содержание индексной карты (.CUE)
Review by Thom Jurek
John Medeski's solo piano debut was a long time coming. Recorded for Sony Masterworks' revived Okeh imprint, it's a 41-minute showcase of a pianist we've not really encountered -- at least at this length -- before. At the suggestion of engineer and producer Henry Hirsch, Medeski cut this set using a seven-foot, 1925 French Gaveau piano. The instrument has a very different construct than the Steinways he usually plays. According to his liner essay, "The Gaveau responds to a more delicate, nuanced touch, requiring the player's full attention in every moment to control the sound. One must sing with the fingers." That's an apt description. Recorded live to tape using two microphones -- one ribbon, one tube -- processed through a vintage console, one can hear the space between the keys, inside the box, and in the room. The music is largely meditative, but is also thoroughly engaging due to the variety of material. It opens with the title track, one of three improvisations here. In it, one can hear just how curious Medeski is about melody, allowing a couple of them to unfold through his use of chords, and short trills encounter one another and achieve an artful synthesis. He practices restraint as he searches for the timbral layers beneath what he articulates and moves along them. This is followed by two wonderfully chosen covers. The first is a simply stated take on Willie Nelson's "I'm Falling in Love Again," with its querying intro and earthy high register. The second is Charlie Gabriel's standard "His Eye Is on the Sparrow"; full of reverential dignity and elegance, it's articulated with a jazzman's keen ear. "Waiting at the Gate" offers a view of Medeski as a young composer as interpreted through the savvy veteran -- it was written when he was in his teens. The use of a rumbling lower register in "Graveyard Fields" is where one can hear the pianist really "sing" on this instrument. Spontaneously composed, he finds his way quickly, listening intently even as his "voice" moves assuredly to express the hidden timbres and emotions. The set closes with a solo version of Medeski, Martin & Wood's "Otis," which is more song, less jam. Removed from the original version's in-the-cut bassline, and snare and hi-hat rhythms, the grace in this ballad shines through unencumbered. A Different Time may be the first solo entry for Medeski, but given its quality, it hopefully isn't the last.
Any questions -> support@pro-jazz.com. По всем вопросам пишите -> support@pro-jazz.com
—
173
M0p94ok
Нет комментариев. Ваш будет первым!
Войдите или зарегистрируйтесь чтобы добавлять комментарии