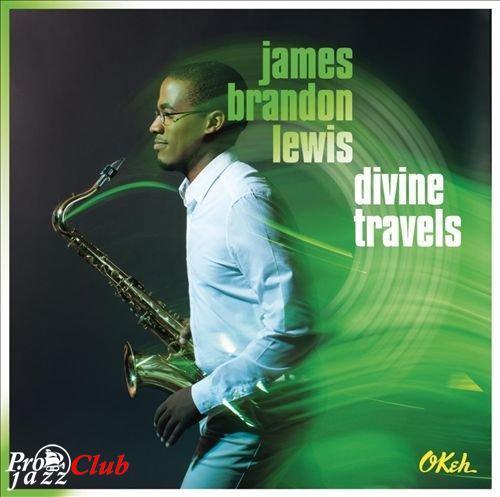 Треклист:
james brandon lewis
divine travels
Жанр: Free Jazz, Improvisation
Страна-производитель диска: USA
Год издания: 2014
Издатель (лейбл): Okeh Records
Аудиокодек: FLAC (*.flac)
Тип рипа: tracks+.cue
Битрейт аудио: lossless
Продолжительность: 67:03
Источник (релизер): спасибо Pisulik
Наличие сканов в содержимом раздачи: нет
Треклист:
1. Divine
2. Desensitized
3. Tradition
4. The Preacher’s Baptist Beat
5. Wading Child in The Motherless Water
6. A Gathering Of Souls
7. Enclosed
8. No Wooden Nickels
9. Organized Minorities
10. Travels
Лог создания рипа
Содержание индексной карты (.CUE)
Об альбоме
AllAboutJazz
An auspicious major label debut for a young saxophonist, Divine Travels eschews flamboyance for a deferential, mostly unpretentious bluesy free jazz recording. Lewis, a thirty-something tenor saxophone phenom chose to record here in trio without the safety net of a pianist or accompanying horn.
He chose wisely though, enlisting two superstars musicians, bassist William Parker and drummer Gerald Cleaver. Parker, the current godfather of the avant-garde in jazz, leads his own bands and has been a key figure in the careers of Matthew Shipp, David S. Ware, and Cecil Taylor. Likewise, Cleaver's drum-work intersects with Parker and artists such as Ivo Perelman, Craig Taborn, and Joe Morris.
Lewis goes about this session undaunted by his collaborators. The disc opens with the meditative "Divine," the saxophonist's breathy delivery part-John Coltrane spirituality and part-Sonny Rollins inventiveness. Throughout, he possesses an assured calmness of an old soul inhabiting his sound. Each piece ripens, unhurried and unruffled. Lewis weaves "Wade In The Water" and "Sometimes I Feel Like A Motherless" into one prayer, "Wading Child in The Motherless Water." With Parker's bass as choir the saxophonist's incantation blossoms with Cleaver first accenting, then driving the piece with his sinewy drumming.
He traces a bit of blues through the bebop convention of Sonny Rollins with "Tradition," works through a three-way open-ended improvised piece "Enclosed," and runs wind sprints with Cleaver and Parker on "A Gathering Of Souls," a display of his nimble touch. Two tracks "The Preacher's Baptist Beat" and "Organized Minorities" feature poet Thomas Sayers Ellis reading with the trio. Lewis assimilates every part of his experience into this spiritually infused jazz session. (Mark Corroto)
Downbeat Magazine
Divine Travels, tenor saxophonist James Brandon Lewis’s second album, evokes an era when spiritualism and poetry were key elements of the jazz avant-garde, helping to signify its questing nature. A sanctified vibe animates much of this album, with the 30-year-old Buffalo, N.Y., native exploring age-old gospel melodies and his own folk-like motifs alongside two powerhouse veterans from the New York creative music scene: bassist William Parker and drummer Gerald Cleaver. Poet Thomas Sayers Ellis adds hip verse to two tracks, one channeling an image of the church and the appeal of its music (“The Preacher’s Baptist Beat”), the other dealing with race and shifting potential (“Organized Minorities”).
Above all, this is an album of song-in-speech and speech-in-song. Lewis has a natural feel for the rhythms of a sermon, using accessible hooks and incantatory repetition to capture and rouse—though he is just as likely to ruminate, as if singing from a hymnal to himself. He was raised in the church, so its sound is in his bones. Yet he left a gospel career, hearing jazz as his calling. Mentored at CalArts by the likes of Charlie Haden, Wadada Leo Smith and Alphonso Johnson, the saxophonist now lives in New York City, where he truly got religion when it comes to progressive music.
Divine Travels is leagues beyond Lewis’ callow 2010 self-released debut, Moments, an unfocused and unpromising disc that included lapses into too-smooth r&b. This new album has an altogether earthier, more organic aesthetic center, one that sets the saxophonist with a far greater challenge. He rises to it with a tone that has grit as well as polish, and his serrated riffing in “Desensitized” matches well with the beautifully authoritative rumble of Parker and Cleaver. Those two have not only played with avant icons of every stripe; they each have an unerring feel for African-American vernaculars and how to draw inspiration from them beyond cliché in free-jazz or, at least, jazz played freely.
The album’s high point is “Wading Child In The Motherless Water,” which commingles the spirituals “Wading In The Water” and “Sometimes I Feel Like A Motherless Child” into a nearly 12-minute fantasia that taps a well of feeling as deep and wide as the Mississippi River. One does wish that Lewis’s Divine Travel s led to more ecstatic abandon. “A Gathering Of Souls” and “No Wooden Nickels” fade out just when things might have gotten really interesting. Here’s to hoping Lewis keeps maturing as a seeker, avoiding the lures and snares that might hold him earthbound. (Bradley Bambarger)
Состав
james brandon lewis - tenor saxophone
william parker - bass
gerald cleaver - drums
&
thomas sayers ellis - spoken word (4, 9)
По всем вопросам пишите личное сообщение пользователю M0p94ok.
—
177
M0p94ok
Нет комментариев. Ваш будет первым!
Войдите или зарегистрируйтесь чтобы добавлять комментарии